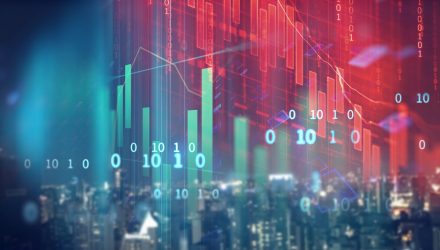 Could Volatility Be Breaking Out?

For months investors have been waiting for the Federal Reserve to cut rates that were hinted at so many times by Fed Chairman Jerome Powell. On Wednesday, they got the quarter point rate cut that was all but promised, but somehow it wasn’t enough to keep the market at all-time highs, or ideally make new ones.

After reaching extreme levels last December, amid the dramatic market selloff, the CBOE Volatility Index, or the VIX, often an indicator of investor sentiment, had calmed down considerably, eventually settling around the 11-14 level, where it gently rotated for the last month or so, displaying signs of investor complacency. But with today’s Fed announcement, the VIX broke strongly above it’s 14 resistance level, and may be headed for an even bigger breakout according to some experts.

Such complacency was likely the result of the S&P 500, which hadn’t had a 1% move in either direction for 35 trading days, the longest such streak since June to October 2018 when it went 74 days without a 1% move. As such, the VIX had fallen 49.5% this year, on pace for its biggest annual decline ever, according to Dow Jones Market Data. The gauge measures expectations for volatility over the next month, and tends to rise when investors are wagering on big moves in the S&P 500 through options.

“The VIX follows some very specific patterns that show compression,” Henrich said Friday on CNBC’s “Trading Nation.” “If you look back to, let’s say, the last few years, we’ve seen a large compression pattern from 2016 to 2017.”

“When that energy compresses too much, then we see these spikes,” the strategist said. “We have seen these spikes with quite a bit of regularity, but they always need some sort of trigger, and perhaps the Fed may be the trigger next week,” he explained just last week.

A bearish bet on the VIX is akin to a bullish one on stocks, and vice-versa. Meaning that investors who see increased volatility in the coming weeks could consider allocating funds to an inverse ETFs such as the ProShares Short S&P 500 (SH) or the ProShares UltraShort S&P 500 (SDS), while those who see continued compressed volatility could look at a more traditional bullish stock allocation with ETFs like the UltraPro Long S&P 500 ETF (UPRO) or the Direxion S&P 500 Bull 2x ETF (SPUU).

For more information on the CBOE Volatility Index, visit our VIX category.