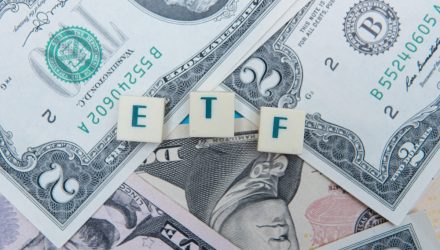 As Rate Hikes and Inflation Persist, Trade These 2 Treasury ETFs

The capital markets are expecting more rate hikes, and this could give bearish bond traders an opportunity, particularly for inverse Treasury exchange traded funds (ETFs).

Obviously, it’s not a new strategy, given the way the bond markets have been trending down for most of the year. Aggressive rate hiking by the U.S. Federal Reserve has soured the taste for bonds across the board.

“The U.S. central bank has hiked interest rates aggressively this year to fight inflation,” a Reuters report said. “Curve inversions essentially reflect traders’ expectations that the Fed will need to cut rates later on to help an economy hurt by higher borrowing costs.”

With a focus on long-term debt, TMV seeks daily investment results before fees and expenses of 300% of the inverse of the daily performance of the ICE U.S. Treasury 20+ Year Bond Index. TMV invests in swap agreements, futures contracts, short positions, or other financial instruments that provide inverse or short leveraged exposure to the index, which is a market value weighted-index that includes publicly issued U.S. Treasury debt securities that have a remaining maturity of greater than 20 years.

Focused on shorter-term debt, TYO seeks daily investment results before fees and expenses of 300% of the inverse (or opposite) of the daily performance of the ICE U.S. Treasury 7-10 Year Bond Index. The index is a market value-weighted index that includes publicly issued U.S. Treasury securities that have a remaining maturity of greater than seven years and less than or equal to 10 years.

When the Bond Market Bounces

History shows two down years in Treasury notes is a rarity. If history repeats itself, it means bonds could bounce back in a big way.

“But U.S. Treasurys are down two years in a row. The last time that happened was in 1959, shortly after Elvis was drafted,” FT reported. “An absence of dead-cat after a greater than 5% annual loss last happened in 1861, the outbreak of the US Civil War, while three consecutive down years has never happened.”