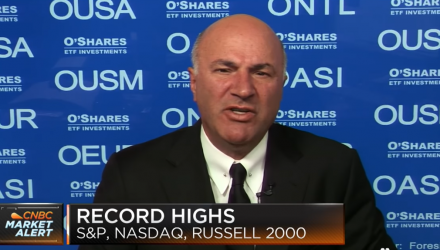 “For the next two years, the full impact of tax reform will play out in enhanced cash flows in small caps because what we’ve seen now is primarily driven by a deregulation removal because a lot of the states these are in, particularly in California, Texas, Florida, New York, where these small businesses operate or are headquartered, have had a lot of relief of a lot of different regulations we never talk about,” said O’Leary.

Both the S&P 500 and Russell 2000 were pacing fairly equally until the beginning of April where the gap between the two began to widen. Despite their more inherently volatile nature, small caps’ propensity for higher growth could see them continue to outpace the large caps in this extended bull market.