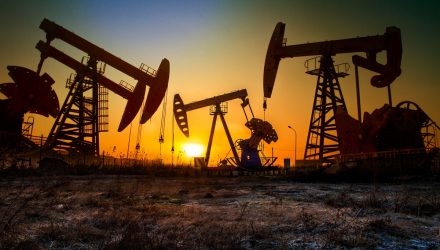 While oil prices have remained depressed for some time, during the week of June 18, however, the tension in the Middle East broadened dramatically and money managers rushed to cover short positions.

Two weeks ago oil prices rose as much as 4% following attacks on two tanker ships off the coast of Iran that gentrified fears of conflict in the Middle East after a sequence of strikes last month.

Then last week Iran shot down an American spy drone near the opening to the Persian Gulf overnight, under debatable circumstances, escalating tensions in the region and driving oil prices higher on fears of a war. The price of US oil soared 6% above $57 a barrel.

The United States promulgated plans earlier last week to send an additional 1,000 troops to the Middle East amid the rising tensions with Iran. US Secretary of State Mike Pompeo stated that the United States was “considering a full range of options,” including possible military options, although he underscored the fact that President Trump does not want to go to war with Iran.

“We will continue to increase pressure on Tehran until the regime abandons its dangerous activities,” including its nuclear ambitions, Trump told reporters in the Oval Office.

“We do not seek conflict with Iran or any other country,” Trump added. “I can only tell you we cannot ever let Iran have a nuclear weapon.”

The new sanctions begrudge Iran Supreme Leader Ayatollah Ali Khamenei and his office access to key financial resources, according to NBC News. Moreover, the U.S. is sanctioning specific military leaders who were culpable for shooting down the drone, according to Treasury Secretary Steven Mnuchin.

This conflict with Iran has been broiling for some time now, as even last month month President Trump was considering military engagement.

When a reporter asked President Donald Trump about whether or not the U.S. is going to war with Iran during a photo opportunity at the White House with Swiss President Ueli Maurer, the president replied “hope not”.

Currently crude oil is trading around $58 a barrel.