You are at:Home»Equity ETFs»Investing in Robotics ETFs as Segment Surges 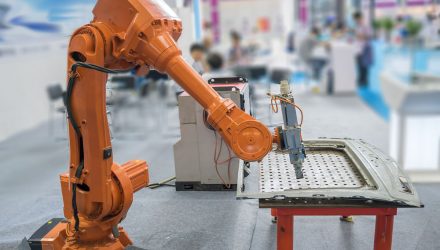 “International Data Corporation, for instance, said last year that worldwide spend on robotics and related services would balloon from 2015’s $71 billion to $135.4 billion by 2019 — a compound annual growth rate of 17%. Artificial intelligence, while not as large on a nominal basis, is expected to blimp by nearly 57% annually to $58.97 billion by 2025, according to Research and Markets,” reports InvestorPlace.

Japan and the U.S. combine for over two-thirds of the ETF’s country allocations. Other prominent country exposures include Switzerland and the U.K.