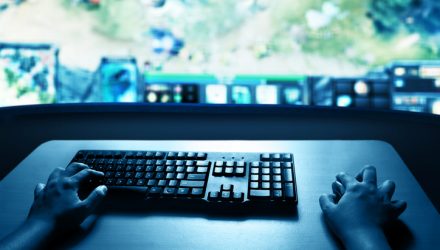 The PowerShares QQQ (NasdaqGM: QQQ), which tracks the tech heavy Nasdaq-100 Index, is up 19% year-to-date, putting it well ahead of the S&P 500. That does not mean QQQ is done moving higher. In fact, September could be kind to QQQ and the Nasdaq Composite.

The Nasdaq Composite “ave up 2.68% in the most recent losing streak, which is relatively mild — the third smallest of all 62 similar streaks, according to data from Schaeffer’s Senior Quantitative Analyst Rocky White. Below is how the Nasdaq tends to perform after suffering a loss of less than 5% during a four-week losing streak,” reports Schaeffers Investment Research.

However, historical data indicate that after those type of skids, the Nasdaq Composite often rebounds nicely.

“The Nasdaq’s one- and two-week returns are more than three times the average return, looking at data since 1972. The COMP’s one-month average gain of 1.26% after a signal is also significantly higher than its average anytime one-month return of 0.84%. Ditto for the COMP three months after a signal, where the index gained an average of 3.27%, and was higher 76.5% of the time. That’s compared to an average anytime three-month return of 2.88%, with a 64% win rate,” according to Schaeffer’s.

While stocks such as Apple, Google parent Alphabet Inc. (NASDAQ: GOOG) and Facebook Inc. (NASDAQ: FB) are surging, some investors are becoming concerned about the technology sector’s valuations and are departing the corresponding ETFs as a result.

Technology is the best-performing sector in the U.S. this year, a theme that has motivated investors to get involved with QQQ. Year-to-date, QQQ has seen inflows of $841.3 million, the second-best total among all PowerShares ETFs, according to issuer data.