You are at:Home»Featured»Inverse ETFs Soar as Stocks and Bonds Continue to Slump Tuesday 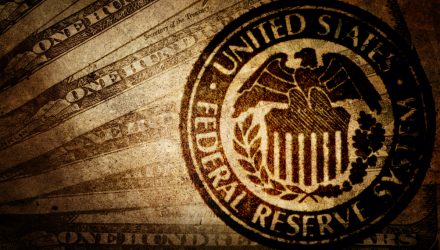 Stock and bond ETFs continue to slump on Tuesday while inverse ETFs surge as big tech companies drag down the broader indexes, Treasury yields approach highs not seen since summer, and lawmakers in Washington grapple over budget issues.

Major stock ETFs were also trading in the red on Tuesday, tracking their underlying indices. The SPDR Dow Jones Industrial Average ETF (DIA), the SPDR S&P 500 ETF Trust (SPY), and the Invesco QQQ Trust (QQQ) are all showing losses as of 1:00 PM EST.

Stock and bond markets have been reacting poorly since the the start of September, a process that was only exacerbated by the Federal Reserve announcing that bond purchases will be tapered “soon,” and a controversy over bond trading by Federal Reserve Officials, two of which resigned on Monday.

“I’m having actually a little deja vu to last fall, if you remember last September, when we saw interest rates move a little bit and the reaction in tech,” said Jeff Kilburg, the chief investment officer at Sanctuary Wealth. “And the selling pressure in tech really was a catalyst last fall for the reflation and rotation trade, and again here we are.”

The 10-year Treasury yield continued its rapid ascension on Tuesday, reaching as much as 1.558%, as bonds, which run inversely to yields, fell sharply, and as investors bet that the Fed would make good on its promise to limit its emergency bond-buying stimulus as inflation climbs. The 10-year yield has reversed dramatically to the loftiest levels since June amid the Fed comments.

After hitting 1.29% at one point last week and falling as low as 1.13% as recently as August, the 10-year rate has screamed higher, along with the 30-year Treasury yield, which has also been surging, cresting 2%.

“The market’s been steadily coming around to the reality that yields were awfully low relative to the fundamentals. Now the Fed is shifting, and everybody’s shifting their positions, all at once, as we tend to do,” said Kathy Jones, chief fixed income strategist at the Schwab Center for Financial Research.

Bond markets also have likely been infected by the announcement that two top policymakers at the Federal Reserve will step down after undergoing pressure for securities trades they made last year during the pandemic when the central bank was undergoing its bond purchase program to rescue debt assets.

Dallas Fed President Rob Kaplan said that he will depart as of Oct. 8, several hours after Boston Fed President Eric Rosengren announced that he will retire on Sept. 30, citing health reasons. Their absence will make room for two pivotal positions at the central bank, which could have significant policy implications as the Fed debates how quickly to adjust monetary policy.

In announcing his resignation, Kaplan said that he “adhered to all Federal Reserve ethical standards and policies,” but added that he was leaving due to “the recent focus on my financial disclosure risks becoming a distraction” to the Fed’s policy work.

“Eric has distinguished himself time and again during more than three decades of dedicated public service in the Federal Reserve System,” Powell said of Rosengren in the Boston Fed release. “He led the Fed’s work in managing several emergency lending facilities in two separate periods of economic crisis. In addition to his monetary policy insights, Eric brought a relentless focus on how best to ensure the stability of the financial system.”

Sen. Elizabeth Warren charged on Tuesday that Federal Reserve Chairman Jerome Powell has attempted to debilitate the nation’s banking system, and she said that she will oppose his re-nomination.

In comments during a hearing before the Senate banking committee, Warren cited several times when the Powell-led central bank has not taken post-financial crisis bank regulations seriously.

“Your record gives me grave concerns. Over and over, you have acted to make our banking system less safe, and that makes you a dangerous man to head up the Fed, and it’s why I will oppose your re-nomination,” Warren said.

Powell has had no response so far, and Warren said that deregulatory moves could result in another potential financial crisis like the 2008/2009 breakdown of Wall Street institutions.

“So far you’ve been lucky. But the 2008 crash shows what happens when the luck runs out,” she said. “The seeds of the 2008 crash were planted years in advance by major regulators like the Federal Reserve that refused to rein in big banks. I came to Washington after the 2008 crash to make sure nothing like that would ever happen again.”

Powell has served since 2018, and his term expires in February. Financial experts believe that President Joe Biden will re-nominate Powell, though Warren and other more liberal senators are likely to offer resistance.