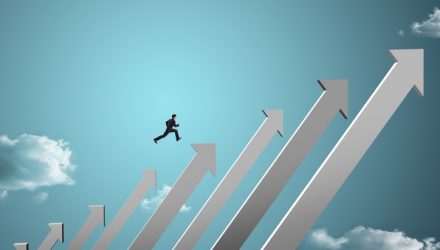 U.S. markets and stock exchange traded funds recovered early morning loses after Washington extended an allowance for companies to do business with telecom giant Huawei in a bid to ease tensions with the ongoing United States and China trade talks.

The major benchmarks opened lower after a CNBC report of unrest in China due to President Donald Trump’s reluctance to roll back tariffs, Reuters reports.

Investors, though, revealed some optimism after Chinese state media said the two countries held “constructive” trade talks, following a statement from White House economic adviser Larry Kudlow that revealed they were getting close to a deal.

Talks between the world’s two largest economies have experienced bumps in recent weeks over China’s reluctance to commit to purchases of U.S. agricultural goods, the Wall Street Journal reports.

“The key to everything we’re seeing at the moment is the perception of uncertainty among investors,” Dan Kemp, chief investment officer for Morningstar Investment Management in Europe, the Middle East, and Africa, told the WSJ. “At the moment, we are living through a period where that uncertainty is very visible.”

Looking ahead, investors will be watching out for minutes from the Federal Reserve’s latest policy meeting, along with updated economic data on consumer confidence and the manufacturing sector.