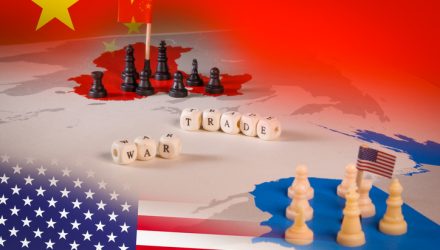 Further adding on to the trade optimism, Commerce Secretary Wilbur Ross said there will be a call between U.S. and Chinese officials later Friday.

“We are definitely headed in the right direction with regard to trade,” Keith Buchanan, portfolio manager at GlobAlt, told Reuters. “Although there was some skittishness … the equity market hasn’t shown much of a pull back and we are still making those highs.”

“Ever so slowly… you get increasing confirmation that this slowdown has stabilized,” Joseph Amato, chief investment officer at Neuberger Berman, told the WSJ. “All these things have come together to build a little bit more confidence in risk assets.”

The upbeat mood has fueled the S&P 500’s best winning streak since 2017. If the gains hold through the close, the S&P 500’s six-week consecutive positive streak would be its longest run since November 2017 when the index advanced for eight straight weeks.

Nevertheless, the weekly gains have not come smoothly after mixed signals on progress between the U.S. and China weighed on confidence, reflecting the ongoing concerns over trade.

“I think the uncertainty is still elevated,“ Justin Onuekwusi, head of retail multiasset funds at Legal & General Investment Management, told the WSJ. “Just because you see an improvement doesn’t mean it’s gone away.”