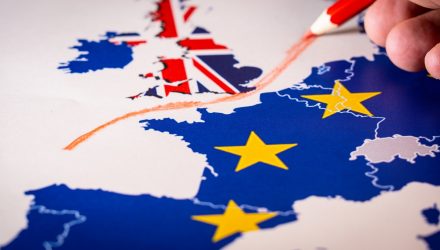 The U.K. Parliament voted to reject a limited time frame for reviewing legislation related to Britain’s withdrawal from the European Union.

MPs on Tuesday rejected the timetable, which would have seen the Withdrawal Agreement Bill (WAB) legislation rip through Parliament in three days, by 322 to 308 votes, essentially signifying that the government has lost control of the Brexit approval process.

In reaction, the sterling fell 0.1% versus the dollar, and markets tumbled quickly to lows after early gains and consolidation. The Prime Minister said he would now place a hold on the legislation until he had discussions with EU leaders.

What this now means is that the U.K. is most likely not going to exit the U.K. on October 31 as planned, and the EU will provide an extension to prevent a no-deal Brexit from happening.

In response, the prime minister said he was upset with the delay but “one way or another we will leave the EU with this deal.”

“If Parliament refuses to allow Brexit to happen and instead gets its way and decides to delay everything until January or possibly longer, in no circumstances can the government continue with this. And with great regret, I must say the bill will have to be pulled and we will have to go forward to a general election,” the prime minister said.

Following Tuesday’s Commons votes, a Downing Street source said Parliament “blew its last chance,” adding, “If Parliament’s delay is agreed by Brussels, then the only way the country can move on is with an election.”

Labour leader Jeremy Corbyn said Mr Johnson was “the author of his own misfortune”.

Corbyn told the Commons that MPs had “refused to be bounced into debating a hugely significantly piece of legislation in just two days, with barely any notice or an analysis of the economic impact of this bill”.