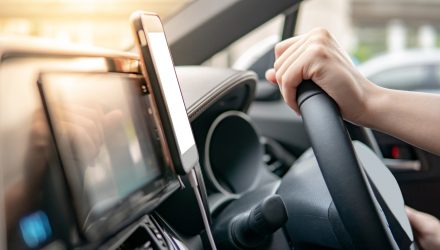 As the world becomes more frantic, and gas prices continue to rise, it’s nice to know that there is an Uber driver waiting outside to shuttle you to your next adventure. Or is there?

As Uber counts down to its much-anticipated IPO on Wednesday, Uber and Lyft drivers in several major cities around the world are planning a two-hour strike — just hours before the Uber IPO, which is billed as one of the biggest in history.

According to the New York Taxi Workers Alliance, drivers for the two transport network companies in New York City, Philadelphia, Boston, Los Angeles and London are set to go on strike from 7 a.m. to 9 a.m. ET on Wednesday. Some analysts are estimating that the company will have an stunning $90 billion valuation.

While Lyft has attempted to keep pace with its larger rival, Uber has the bigger reach, dominating the market with food delivery and an assortment of other offerings.

Several labor groups are planning the protests in an attempt to highlight both companies’ labor and payment practices, where they claim drivers are underpaid, and companies hire without regard for saturating the market with company drivers.

Lama claims that it has become more challenging to survive as an Uber driver because the company slashes the drivers’ rates and puts an increasing number of cars on the roads, so there are not enough fares to go around.

Drivers for the companies are hoping to gain job security, livable incomes, and increased fare regulation that would guarantee 80-85 percent of the fare to the driver.

In a statement to FOX Business, an Uber spokesperson said its drivers are “at the heart of our service” and “we can’t succeed without them.”

While a Lyft spokesperson said its hourly earnings for its drivers have steadily increased and explained that, “Over 75 percent drive less than 10 hours a week to supplement their existing jobs. On average, Lyft drivers earn over $20 per hour. We know that access to flexible, extra income makes a big difference for millions of people, and we’re constantly working to improve how we can best serve our driver community.”