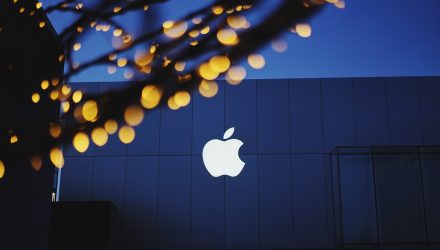 Apple Inc (NASDAQ: APPL) is what may be considered an emotional stock. Or, perhaps more accurately, many of the people who buy and sell Apple over-react to positive or negative news about the company’s fortunes.

Virtually anyone who has owned Apple these last three decades – as I have – is quite well aware of the wide swings in its price. But you already knew that.

Indeed, if there’s one stock that has been over-analyzed, that’s Apple. There are very knowledgeable people who have been tracking the stock for years, and some have been right much more often than they have been wrong.

But apparently, few have been paying a whole lot of attention to one of the stock’s three key variables. They are fixated on price, which of course, is a key variable – and admittedly the most important.

They also are very conversant with market capitalization. Indeed, last year, when Apple became the first American corporation to reach a capitalization of over one trillion dollars, the only question left was: Which company would be next?

Now, in most endeavors, two out of three ain’t bad. But, at least in the long run, when it comes to stocks, we really need to keep our eye on all three key variables.

So far, we’ve talked about the price of Apple stock and about its market capitalization. But very little is ever said about its third key variable – the number of shares of Apple stock that are outstanding. In other words, how many shares are in the hands of its stockholders?

Now, if that happened to be a fixed number – say five billion shares — then you really would not need to read any further. But it’s not. It’s a very big number, but  it’s been falling fairly quickly over the last six years.

You’re probably aware of the company’s long-term stock buy-back program. In Table 1, you’ll see just how well that program is working out.

Now let’s do a little math. We can calculate the current stock price of Apple by dividing its market capitalization, about $800 billion, by the number of outstanding shares, 4.72 billion. I’ll leave that calculation to you.

What did you come up with? Just about $170, right? Which, of course, is just about what Apple is currently selling for.

Now, let’s consider the company’s stock buy-back plans in the foreseeable future. Considering that the company still has a huge cache of cash – perhaps $250 billion – it certainly has the ability to keep buying back shares at the same pace. And then too, since Apple is trading at about $60 below its $233 peak last fall, it seems likely that management will want to keep backing back shares at relatively low prices.

Let us say, just for the fun of it, that eventually the number of shares outstanding were to fall to 4 billion. If the market capitalization were to remain exactly the same — $800 billion – go ahead and calculate the stock price.