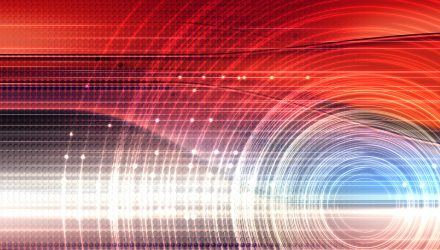 Technology ETFs: Why It’s Time to be Careful

The Technology Select Sector SPDR ETF (NYSEArca: XLK), the largest technology ETF by assets, entered Friday with a year-to-date gain of nearly 15%, having recouped much of its fourth-quarter loss while outpacing the S&P 500 along the way.

Still, some market observers believe technology and other cyclical sectors could be vulnerable if the current rally in U.S. stocks falters.

“So-called high-beta stocks such as tech–those that are more volatile than the overall market–are likely to be vulnerable when the current rally starts to run out of steam later this year, Morgan Stanley analyst Michael Wilson said in a research note on Monday,” reports Evie Liu for MarketWatch.

About two months ago, shares of Apple were battered as a result of weaker guidance as the tech giant projected lower revenue due to weaker demand for its iPhone. Analyst downgrades hurt the stock as most pointed to less-than-stellar iPhone sales as a weak link for 2019. Apple is one of the largest holdings in cap-weighted tech ETFs, such as XLK.

Apple shares are up 10% this year and technology ETFs have also been bolstered by semiconductor stocks. The sector strengthened on positive fourth quarter earnings. For example, Xilinix (XLNX), the maker of logic chips, revealed a record revenue on 5G strength and likely market share gains from Intel Corp, Bloomberg reports.

Raymond James analysts pointed out that the semiconductor company benefited from early 5G deployments wins in defense and space, and leadership in the Test, Measurement & Emulation division.

With the economic cycle entering its late stages, higher beta companies could start reigning in spending, which is something to watch for with technology names.

“In the late phase of an economic cycle, growth-oriented companies tend to pull back from investing heavily in their businesses, choosing to be conservative with their spending. That’s happening now, a shift that has sent growth in tech firms’ capital spending down to 6.5% from 24.5% in the first quarter of 2018, Wilson said,” according to MarketWatch.

“This year, aggregate earnings for tech companies are expected to fall 1.8%. The picture could be even darker because estimated earnings are usually scaled back as the time for results to be released approaches,” reports MarketWatch.