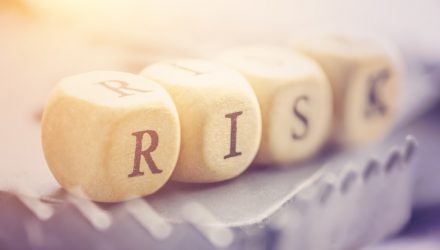 “We’re just living and reacting to every headline,” Naeem Aslam, chief market analyst at ThinkMarkets, told the WSJ. “It’s a circus, a 21st-century version of a circus.”

The whistleblower report alleged that Trump abused his office to solicit foreign interference in the 2020 U.S. election, and the White House even tried to “lockdown” evidence to obfuscate what happened.

While the likelihood of the impeachment leading to the removal of Trump from office is low, the political danger has rallied House Democrats and forced investors to take a step back.

“It creates more uncertainty as it continues to heat up … the whistleblower’s complaint appeared a bit more damaging than market participants were assessing,” Scott Brown, chief economist at Raymond James, told Reuters.

Further fueling risk-off sentiment and concerns over the outlook on trade, the United States is unlikely to extend a waiver allowing American firms to supply China’s Huawei, Reuters reports.

“It has been a recurring theme with China. It’s one step forward and one step back,” Scott Brown, chief economist at Raymond James, told Reuters. “We’ll probably see a little back and forth, and a little bit of volatility for at least the next few weeks.”

The markets previously received a boost after China’s Commerce Ministry said Chinese companies agreed to buy “sizable amounts” of soybeans and pork from the U.S. ahead of high-level talks scheduled for next month, fueling hopes that the two countries were moving toward reconciliation.