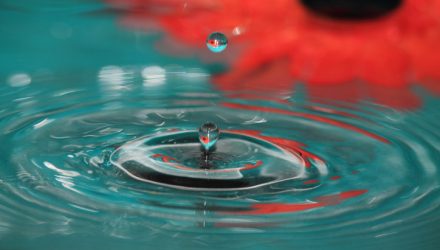 U.S. markets and stock ETFs rebounded on Wednesday after President Trump hinted that a trade deal with China could be happening soon.

Trump said a deal with Beijing could happen “sooner than you think,” the Wall Street Journal reports.

The trade update helped offset political risk-induced selling earlier in the day after the White House released a memo of a phone call that triggered political drama in Washington. On Tuesday, House Speaker Nancy Pelosi announced an impeachment inquiry into whether Trump interacted improperly with the Ukrainian President.

“The impeachment is not a big issue until you get into a recession. It’s a big deal politically, but it’s not a big deal economically,” Stan Shipley, fixed income strategist, at Evercore ISI, told Reuters.

The Phone Call In Question

A note on the July phone call revealed Trump had asked Ukrainian President Volodymyr Zelenskiy to investigate former vice president Joe Biden and a company that employed his son.

“People are worried about 2020 and the global trade war and overlapped with that, you’ve got these issues of impeachment,” Patrick Spencer, managing director at U.S. investment firm Baird, told the WSJ. A trade deal with China “may be watered down, but it’s going to happen.”

The trade announcement also caught many off guard, since Trump on Tuesday censured China’s trade practices at the United Nations General Assembly, stating the U.S. would not accept a “bad deal” in trade negotiations with China.

Others also held onto optimism over the U.S. economic outlook and further strength in the equity markets.

“As long as the economy remains firm, we don’t think the drama out of Washington will impact the staying power of this bull market,” Ryan Detrick, senior market strategist at LPL Financial, told Reuters.