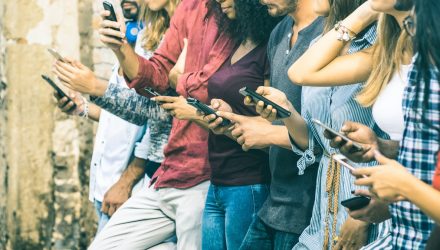 Shares of Pinterest (PINS) skyrocketed up 17% Friday morning, after it received an upgrade from Deutsche Bank, following better than expected second quarter earnings Thursday after the closing bell.

After trading down 2.4% Thursday during the regular session to $28.30 per share, Pinterest posted revenue of $261 million, up 64% year-over-year, on losses of $26 million for the second-quarter of 2019, according to its second earnings report as a public company. The company beat Wall Street estimates of $235.5 million on losses of 8 cents a share.

“We constantly aim to make Pinterest more personal, relevant and useful to our users,” Pinterest co-founder and chief executive officer Ben Silbermann said in a statement. “Our MAUs hit 300 million at the end of Q2 as we built and expanded products to support this vision. We also continued to grow and diversify our advertiser base and improve advertisers’ ability to measure the effectiveness of their ad spend. This is part of our larger and ongoing effort to create value for businesses on Pinterest.”

One of many IPOs this year, Pinterest went public in April, rising 25% during its first day trading on the New York Stock Exchange. The company sold 75 million Class A shares in an IPO that garnered $1.4 billion at a fully diluted market cap of $12.6 billion. This was amid concerns the company would see a slighter smaller valuation upon its IPO.

Pinterest isn’t the only company getting positive reinforcement. Social media companies like Twitter and Snap are also revving up growth of users, showing positive tweaks to their platforms.

Twitter shares climbed nearly 11% over the past four trading days, after the social media giant reported a strong second-quarter earnings report, where revenue increased 18% since last year, to $841 million, exceeding management expectations of between $770-$830 million.