You are at:Home»Innovative ETFs Channel»Netflix Hammered After Q2 Earnings Release 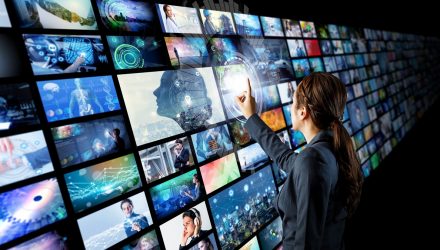 Netflix shares are getting beaten down to the tune of 11 percent following the company’s Q2 earnings report on Wednesday afternoon, because international net additions were 2.8 million. Analysts thought that number would be closer to 4.8 million.

While most investors are aware of the streaming media company’s domestic prowess, Netflix has a significant and crucial international subscribership as well. Netflix can only sustain its lofty valuation if the company’s global subscriber growth can validate increasing content spending and debt. Therefore advancement  is entirely dependent on Netflix’s prospects internationally, especially in countries such as India and Malaysia. If Netflix misses by that much such a massive amount, 42 percent on international net additions, the stock is understandably going to get brutalized by investors.

It was just last Tuesday at the market’s close that shares of Netflix were up as much as 2 percent, following the online streaming company’s news that it bested Wall Street expectations on earnings, revenue and subscribership for the first quarter.

The company is blaming a number of factors such as price increases in certain countries, an anemic menu of original content in the second quarter, and a particularly robust first quarter that may have offset results from March to June. Netflix is now counting on a new season of “Stranger Things” to help with international growth next quarter.

“Our missed forecast was across all regions, but slightly more so in regions with price increases,” Hastings wrote in his letter to shareholders. “We don’t believe competition was a factor since there wasn’t a material change in the competitive landscape during Q2, and competitive intensity and our penetration is varied across regions.”

Netflix still faces competition from up and coming rivals though, as well as a loss of key programming. WarnerMedia announced the name for its upcoming streaming service recently, HBO Max, and confirmed it will be the new home for the beloved NBC sitcom “Friends” along with new original programming. This means Netflix will lose the Emmy-winning comedy series come spring 2020.

One of Netflix’s most popular TV shows, The Office, is also leaving the streaming service for NBCUniversal’s rival product in January 2021.

Last month, Netflix tweeted out the news. “We’re sad that NBC has decided to take The Office back for its own streaming platform,” it said.

For those investors who see the stock drop as a chance to buy Netflix a bit cheaper,  the AdvisorShares New Tech and Media ETF (FNG) or the Invesco NASDAQ Internet ETF (PNQI) are 2 ETFs to look into.