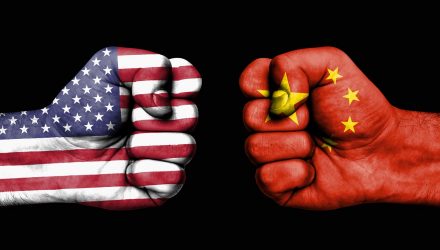 Ian Young June 26, 2019
While traditionally a meeting involving on the nations, focusing on global issues like the environment, worries over trade, conflict and oil will overshadow a summit of the Group of 20 major economies in Japan this weekend, with attention focused on a meeting between the leaders of the United States and China, embroiled in a lengthy trade war.
“We were about 90% of the way there. I think there’s a path to complete this but we’ll see what we get,“ expressed Treasury Secretary Steven Mnuchin on CNBC this Wednesday.
“The message we want to hear is that they want to come back to the table and continue because I think there is a good outcome for their economy and the US economy to get balanced trade and to continue to build on this relationship,” the treasury secretary said.
Mnuchin feels confident that Trump and President Xi can make progress at the G 20 summit.
“The president wants to see the right opportunities and this has really been going back for the last 2 1/2 years. President Trump and President Xi have a very close working relationship. We had a productive meeting at the last G-20 and I look forward to this one,” he added.
At the last G-20 meeting, President Trump and President Xi reached a productive trade agreement, but later the talks broke down in May 2019 causing the market to falter.
“There can be a win-win here,” Mnuchin explained. “There can be a very good deal for the US and a good deal for China. China has a very large, growing middle-class. The US can absolutely continue our exports into that middle class. I am hopeful that we see a deal but there needs to be the right efforts in place in, and this isn’t the deal for having the sake of a deal.”
Nevertheless, Trump views his meeting with Xi, likely to take place on Saturday, as a chance to see where Beijing stands and is “comfortable with any outcome”, a senior U.S. official said, on condition of anonymity.

On the flip side, a majority of citizens in Beijing hope the prospect of the 2020 U.S. election campaign could deter Trump from trade measures that risk upsetting farmers and businesses among his voter base.

“Right now we feel, actually, that we have more stamina than the U.S. side,” said Liang Ming, a trade expert at the Chinese commerce ministry’s Academy of International Trade and Economic Cooperation.