You are at:Home»Innovative ETFs Channel»Is The Retail Broker Boom Good For Customers? 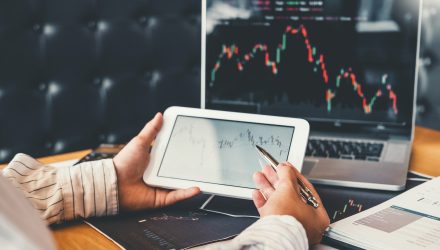 Is The Retail Broker Boom Good For Customers?

With the coronavirus pandemic causing an increasing number of individuals who are working from home, there has been an explosion in the number of retail traders, who are turning to online brokerages for support. As a result, Robinhood is generating more income than ever on customer trades as new investors flock to the stock market, hoping to make a quick return.

The influx in retail traders has been catalyzed by the lure of commission free trading. Yet, although they are not charging customers to trade, the Robinhood garnered $180 million from trades in the second quarter, which was more than twice the gains of the prior year, according to a recent Securities and Exchange Commission regulatory filing. The bulk of those gains resulted from options trading.

So how do retail brokerages make money when they don’t charge commissions to clients? Robinhood and its online brokerage industry cohorts depend on what’s referred to as payment for order flow in lieu of commissions. Due to a recent change in SEC rules, these brokers must now provide more disclosures on how trades are executed, and how much money they generate for the brokerages, a practice that has been criticized for lack of transparency in the past.

Market makers like Citadel or Virtu pay e-brokers like Robinhood for the right to execute customer trades, compensating the broker with a modest fee for the shares that are routed. Of course these modest fees can quickly add up to millions when customers are trading actively such as during the pandemic.

Robinhood, who gained 3 million customers this year alone, was not the only outfit to benefit from all this retail trading. The iShares US Broker-Dealers ETF (IAI), which contains a handful of broker dealers such as E-Trade and Charles Schwab, has benefitted as well.

“Its been a perfect storm for retail trading with the volatility that we saw early in the pandemic, the work from home environment that drove many people to the market as overall online usage has moved up substantially,” JMP Securities Devin Ryan said.

With all this activity however, analysts and regulators are warning that there is a conflict of interest and potential danger in offering commission free trading, especially as options trading, which has seen an uptick recently, is far more lucrative for these companies than equity trades.

“It’s a huge conflict of interest for these free trading platforms,” Tim Welsh, founder and CEO of wealth management consulting firm Nexus Strategy said. “The Citadels, the active traders of the world, know that Robinhood has much more unsophisticated traders, so they can make money on them.”

Robinhood garnered over $111 million, of its $180 million total, from options trades in the second quarter, and even encountered significant drama recently, as Alex Kearns, a 20-year-old Robinhood customer killed himself and left a note to his family citing what he incorrectly believed were $730,000 losses from trading options on the trading platform.

“I think they should put a cigarette warning label on Robinhood, because it could be hazardous to your financial health the more you trade. Every study on planet Earth has shown day traders that are not sophisticated do not make money. They game-ify it, they throw confetti after each trade, the make it ‘free’ but ultimately it’s a losers game,” Welsh said.