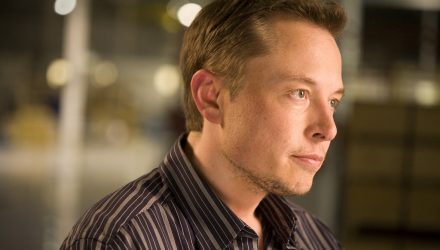 Elon Musk: “Something is Broken with SEC Oversight”

A day after the Securities Exchange Commission (SEC) asked a judge to hold Tesla CEO Elon Musk in contempt for violating a previous settlement agreement, Musk took to Twitter to respond by saying that “Something is broken with SEC oversight.”

Exactly. This has now happened several times. Something is broken with SEC oversight.

Tweets have placed Musk in hot water with the financial regulator–notably last year when he sent a tweet stating that he would like to take the company private, immediately causing intense reactions from investors and a surge in the electric car maker’s share price. As part of a $20 million fine settled with the SEC, Musk must get prior approval before sending tweets.

This time around, the SEC is pointing to a February 19 tweet regarding production, which, according to the financial regulator, is inaccurate.

Meant to say annualized production rate at end of 2019 probably around 500k, ie 10k cars/week. Deliveries for year still estimated to be about 400k.

“Musk did not seek or receive pre-approval prior to publishing this tweet, which was inaccurate and disseminated to over 24 million people,” the SEC wrote in the court filing against the February 19 production tweet. However, Musk sent another tweet confirming that he did make mention of the production numbers in a fourth quarter earnings transcript.

According to some analysts, this latest legal infraction could once again put the electric carmaker and Musk in a negative spotlight–something both could do without at the present time.

“With Tesla/Musk settling with the SEC in October this black cloud was in the rear view mirror for the company (and investors) and now this latest tweet (which most investors shrugged off at the time) represents a wild card that could potentially bring this tornado of uncertainty back into the Tesla story until resolved,” Wedbush analyst Dan Ives said in a note sent Tuesday morning. “At this point we are more concerned around this issue being another distraction for Musk & Co. as the company navigates one of its most challenging periods in its history and certainty did not need this news.”