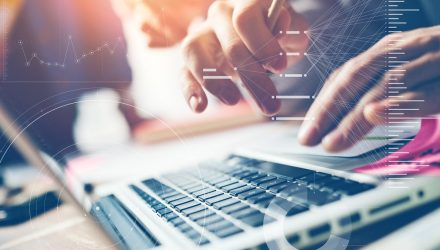 Ian Young September 9, 2019
With a 10-year bull market and the tech sector beginning to bubble up somewhat, some analysts believe that the tech valuations coming out of Wall Street are now getting a bit frothy. However, there are still a lot of great companies out there that offer investment opportunities, according to experts.
Former Twitter CEO Dick Costolo acknowledges that valuations have become “frothy” as he asserted on CNBC.
“I just think late stage private valuations are quite high, and then you’ve seen a bunch of what you would consider previously growth investors, growth privately equity investors moving earlier and earlier to get away from that frothiness and that’s causing the seed stage to now be remarkably high valuations,” said Costolo.
Jeff Richards of  GGV Capital agrees.
“Well we’ve had a 10 year bowl run. And San Francisco is arguably the epicenter of the value creation in that ball run with Tech. And even with big Tech, Microsoft is at an all-time high, Google, Amazon, all these companies are running. They’re also all employing tens and thousands of workers here. I think Facebook alone in the last five years has hired 40,000 people in the Bay Area. So the market is hot not just from a valuation standpoint, but also just from an economic standpoint,” said Richards.
That being said, it is difficult to determine when things could turn around, as the market has been very resilient says Costolo. So waiting out the market for a pullback may not be the best idea.
“Trying to time these things is crazy. I’ve been looking at the public markets and thinking they were due for a bigger correction for quite some time and they keep on proving themselves to be pretty resilient. So I don’t know that you can do that. There’s still a lot of great enterprise technology companies out there that publicly are doing quite well, have a great earnings reports like Twilio just did. So I don’t know that that’s a good idea to sit on the sidelines and wait,” he said.
Richards also feels that despite the higher tech valuations, there are a still a plethora of cutting edge enterprise technology companies that offer value.
“Dick mentioned Twilio. There are a whole bunch of great private tech companies that are up-and-coming and I want to talk about a few. But if you like Twilio, you’re gonna love Snowflake you’re gonna love HashiCorp, you’re gonna love Data Dog. There’s a whole crop of companies coming up, particularly on the enterprise side, that are really playing into the big macro trends that are happening around the globe. So I think sitting out that next wave of companies is probably the wrong call. I’m not a market timing guy. We invest pretty regularly every year. But there are some fantastic companies that are up-and-coming,” said Richards.
The Technology Select Sector SPDR Fund (XLK) or the Fidelity MSCI Information Technology Index ETF (FTEC) are two ETFs investors can explore to add technology stocks to their portfolios. The Renaissance IPO ETF (IPO) also contains many of the hottest new technology companies.
For more market trends, visit ETF Trends.