You are at:Home»Innovative ETFs Channel»Could Cryptos Be The Next Fiat Currency? 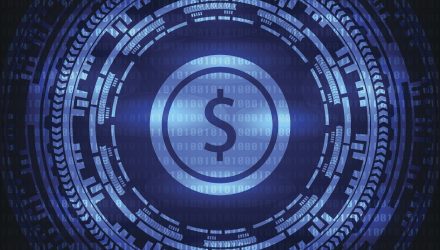 Could Cryptos Be The Next Fiat Currency?

In an ongoing issue of cryptocurrency safety due to it lack of regulation, St. Louis Fed President James Bullard raised concerns Friday about the rise of cryptocurrencies, uniting with other key economic and political officials who have questioned the fledgling platforms as Facebook prepares to launch its “Libra” digital token.

Bullard admonished the development of other currencies, digital or otherwise, suggesting that they would compete against the U.S. dollar in the domestic marketplace, and therefore could have an adverse effect on the dollar’s value. While competing currencies can lead to more voluntary transactions, which are a beneficial for the economy, they could also result in some “now-enabled transactions [which]may be illegal or quasi-legal,” he noted.

Like Bullard, the president has not been a supporter of cryptocurrencies either, stating recently, “I am not a fan of Bitcoin and other Cryptocurrencies, which are not money, and whose value is highly volatile and based on thin air. Unregulated Crytpo Assets can facilitate unlawful behavior, including drug trade and other illegal activity.”

Some experts agree that Libra could be dangerous, as its goal is to make Facebook a bank in a sense. Hence the suggestion that it register as a bank by experts.

“I doubt that Facebook would have to register as a bank. You have to figure out how to regulate them. Again, it’s the wild West just in terms of regulation,” said one panelist on Fox News with María Bartiromo. Other experts see the rise of cryptos as a natural evolution in the currency chronicle.

“I’m looking at bitcoin here. It’s had a nice rally off the lows but it still off the all time highs. But I’m thinking about all this, and I’m thinking about President Trump’s tweet there, and let me say something controversial. A lot of people would argue that there something else that has been valued only based on thin air and that’s the American dollar. It’s a fiat currency… We are not on the gold standard so we can argue, why does something have value? Because a group of people agree that it has value,” said another panelist on the show.