You are at:Home»Investing»How Pro-Free Marketers Lost Faith in Bitcoin 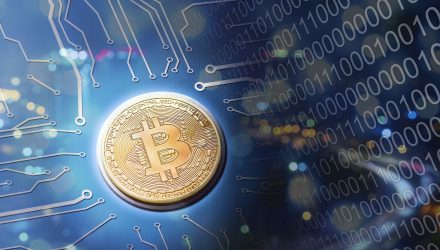 A lively afternoon debate of some of the top minds in business, finance, technology, and law left its hitherto bitcoin-friendly audience with some serious fear, uncertainty, doubt.

The Manhattan Institute’s Adam Smith Society—a group of free market-advocating MBA students and business people—hosted the lively debate Saturday with Intelligence Squared U.S. at its national meeting. The proposition, “Bitcoin is more than a bubble and here to stay,” was supported by legendary venture capitalist Tim Draper and Overstock.com CEO Patrick Byrne. On the opposition side was Financial Times U.S. managing editor Gillian Tett and University of Chicago law professor Eric Posner.

Going into the discussion, a slim plurality (39 percent) of the audience of about 300 people were optimistic about bitcoin’s future. But an hour and a half later,  68 percent became naysayers, including a third of those who walked in being bullish on bitcoin’s prospects.

Even the moderator, ABC’s John Donvan, was shocked by the change in opinion. “If it’s a bubble, then the Internet itself was a bubble,” he said.

The opposition debaters sunk their teeth into the fundamental flaws of bitcoin’s anonymity, fixed supply, and decentralization. But it wasn’t any technical flaw that swayed the audience. Instead the negative side reminded attendees of one fundamental fact: nobody can truly predict the future.

Related: Why Bitcoin’s Rally Has More Gas in the Tank

“Right now, those wonderful magicians of cryptography have created a system which has a limited supply of bitcoins,” Tett said in her remarks. “But what about Etherum? What about Bitcoin Cash? What about all those other ‘bitcoins’ that are coming out too? Who actually believes that the first incarnation of bitcoin is going to be the only bitcoin?”

The event was made available Tuesday on YouTube and should make it into podcast format very soon.

Before Donvan introduced the panel, he asked the audience to pull out their smartphone and vote “for” or “against” this statement: “Bitcoin is more than a bubble and here to stay.” While casting my vote (in favor), I tried to think of one thing that could change my mind. I noticed that several others around the room had a crypto trading window open on their laptops. Many of their nametags listed the business school of their enrollment. They came here on a Saturday. Clearly they want the world to have crypto jobs when they graduate next year.

An hour later, the group came to a consensus: Blockchain is the future and it’s here to stay but bitcoin is a clunky, early-to-arrive, and overvalued fad. Among other things the skeptics compared it to: dotcom failure Pets.com, Myspace, traveler’s checks, and the cassette walkman.

Team Bitcoin provided some great analysis, but failed to prove that bitcoin was the future. And neither side could say what a future without bitcoin on top would look like.

But, in the spirit of debate, let’s talk a little more about the panel and then go through a number of their best arguments. Then you can decide for yourself.

“You’re also CEO of tZero. That’s an ICO trading platform that you founded. Wired magazine has called you, ‘The messiah of bitcoin.’” Donvan said of Patrick Byrne by way of introduction. “You have also been called the scourge of Wall Street.” Byrne’s tag team partner, Tim Draper, was the founder of VC powerhouse Draper Fisher Jurvetson and is the guy pushing to divide California into multiple states. He also made headlines when he purchased almost 30,000 Bitcoin seized from Silk Road.

It should be noted that this wasn’t a debate of crass capitalists versus fearless crypto populists. The FT’s Gillian Tett isn’t a bull market cheerleader. She authored the recession post mortem “Fool’s Gold: How Unrestrained Greed Corrupted a Dream, Shattered Global Markets and Unleashed a Catastrophe.” Chicago law professor Eric Posner, who has dubbed bitcoin “a Ponzi scheme,” is also the author of “Radical Markets: Uprooting Capitalism and Democracy for a Just Society”

Posner’s opening remarks were commendably concise. He focused on bitcoin’s anonymity, limited supply, and decentralization. Each person was given a chance to respond so here are their briefest quotes on the matter and our commentary.

“Bitcoins are very good for money launderers, drug criminals, human traffickers, and many other criminals,” Posner said. “Twenty-five percent of people who use Bitcoin are criminals, according to a study that just came out a couple days ago. Ordinary people don’t get anonymity, sophisticated criminals do.”

My take: Yeah, criminals like cash and gold too. I don’t know where that 25 percent figure comes from, but I’m gonna guess that 90 percent of crimes happen in cash. It’s kind of the whole point of doing a crime—get money.

Posner did point out that a fixed supply leads to deflation since people will horde to buy more in the future but currency that isn’t used can’t be successful.

Tett said that can’t make a functioning system. “The reason why people are buying bitcoin, investing in it is not because they think it’s going to be this incredible useful thing for criminality per se. The reason why most people buy it is because they think it’s either going to keep going up, and up, and up, or because it’s going to become a mainstream currency that will be useful,” she asserted “The question I still have is why on earth do we think that bitcoin is going to become this incredibly, widely-used useful currency compared to all the other alternatives?”

Draper countered in support of bitcoin as a store of value. “There is always going to be value fluctuation, but bitcoin is not volatile at all,” he argued “One bitcoin equals one bitcoin.”

Tett shot back, “Tim, a dollar has always been worth a dollar as well.” The audience hooted in laughter then. “If you don’t like fiat currency, go buy gold—because bitcoin—a.k.a. digital gold—is a pretty lousy alternative. And the great thing about gold is that if it all goes horribly wrong, you can always wear it. You can put it in your teeth.”