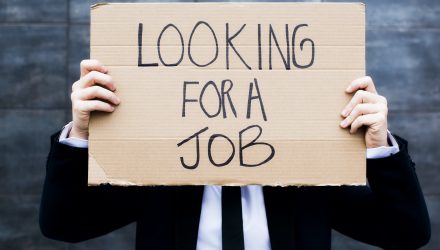 Stock Indexes are looking to string together back-to-back gains on Friday, as investors shrug off record unemployment numbers.

The S&P 500, Dow Jones Industrial Average, and Nasdaq Composite all opened higher on Friday, as futures markets gapped open once again, with the Dow climbing almost 400 points, or 1.51%, while the S&P 500 and Nasdaq have made similar gains as of 1230pm EST. Since the March low, all three benchmarks have now rallied over 30%.

Stock Index ETFs are echoing gains in the benchmark stock indexes as well. The SPDR S&P 500 ETF Trust (SPY), the SPDR Dow Jones Industrial Average ETF (DIA), and the Invesco QQQ Trust (QQQ) all green in early afternoon trading for the second day in a row.

Unemployment data from the Labor Department Friday shows that the economy lost over 20.5 million jobs in April, skyrocketing the unemployment rate to 14.7 percent, a number not seen since the Great Depression.

It was not so long ago In February, that the unemployment rate was at the opposite end of the spectrum, at 3.5 percent, a half-century low. And even since the most recent survey was taken, millions of people have filed claims for jobless benefits, adding to the already disturbing number.

The April job losses by themselves are worse than the 8.7 million occurring in the last recession, when unemployment peaked at 10 percent in October 2009. Thus, the only comparable period forces analysts to look back to when the rate reached almost 25 percent in 1933 before the government even started to publish official statistics.

Moreover, if anything, the report minimizes the impact of the destruction the coronavirus pandemic has caused, as the government’s definition of unemployment generally requires people to be actively looking for work. And the unemployment rate doesn’t illustrate the millions still working who have undergone massive pay cuts and losses in hours worked.

Part of the reason why stocks seem to brush off such abysmal unemployment data could be optimism around the reopening of the economy. The coronavirus pandemic has had business shuttered since March, as people shelter-in-place according to state and local governmental guidelines.

“The market knows that the job losses are self-inflicted due to the widespread shutdowns,” Bleakley Advisory Group chief investment officer Peter Boockvar told CNBC. “Thus, now that we are beginning the reopening process the market assumes many of these people will hopefully get hired back over the coming months and quarters.”

In addition, many of the job losses are rumored to be temporary and come in the form of furloughing as opposed to firing. Goldman strategist Jan Hatzius notes this is an important consideration since it implies that the recovery will be more expeditious.

“If job losses are concentrated in this segment [furlough], it would increase the scope for a more rapid labor market recovery when the economy eventually rebounds (because employees can be recalled to their previous jobs, as in several past recessions),” he wrote in a note to clients ahead of the report.