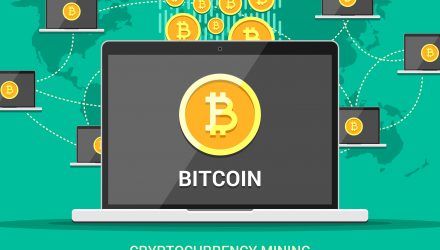 Bitcoin prices dipped again Monday, sending the digital currency’s year-to-date decline over 50%. With prices for cryptocurrencies broadly lower this year, investors are not, at least according to one metric, not researching the asset class as much as they once did.

Data indicates Google searches of bitcoin and related terms are falling alongside prices of digital assets.

“Searches for the term “bitcoin” have dropped more than 75 percent since the beginning of this year and roughly halved over three months, according to research from Google Trends,” reports CNBC.

Inside The Google Trends Data on Bitcoin Popularity

“Google Trends uses numbers to represent search interest relative to the highest point on the chart for the given region and time. A value of 100 is the peak popularity for the term. As of January 1, bitcoin’s popularity was 37 and fell to a 9 as of June 2,” according to CNBC.

The all-time high for bitcoin is around $20,000, which was seen in December 2017. In recent weeks, there have been plenty of calls for the cryptocurrency to return to those record highs and beyond. Still, bitcoin has some technical issues to deal with. A move below $7,000 could send bitcoin to $5,000. Bitcoin traded just under $7,500 on Monday.