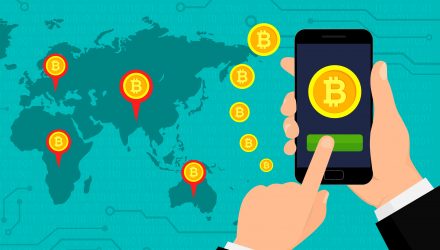 Bitcoin, the largest digital currency by market capitalization, fell again Monday and was spotted clinging to the $8,400 level, but that is not preventing some bitcoin bulls from issuing bold calls.

The all-time high for bitcoin is around $20,000, which was seen in December 2017. In recent weeks, there have been plenty of calls for the cryptocurrency to return to those record highs and beyond.

“Rodrigo Marques, chief executive of Atlas Quantum, one of Brazil’s largest crypto trading platforms, said in an email to MarketWatch that the move under $8,000 was an interim low for bitcoin, adding that he expects bitcoin to reach $20,000 in six months, recapturing levels it hasn’t approached since December,” reports MarketWatch.

Some market observers are concerned that declines for the cryptocurrency could reinvigorate bearish traders, particularly if bitcoin posts several closes below the $8,000 area. After bitcoin, the largest cryptocurrencies are Ethereum, Ripple, Bitcoin Cash and EOS.

Increased regulatory scrutiny, both in the U.S. and abroad, is a factor cryptocurrency market participants must consider. While some market observers believe more regulations could potentially boost adoption of digital currencies, the asset class often sells off amid news of tighter regulations.