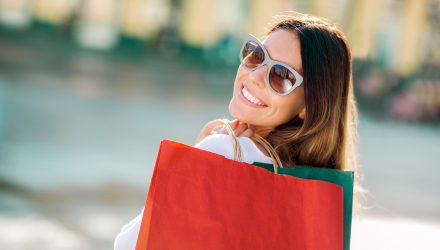 Bricks to Clicks: The Shifting Sands of Retail

The sands of retail are shifting from bricks to clicks. Retail companies are trying to close out the year on a strong note after a rough stretch. So far in 2017, more than 6,700 store closings have been announced in the United States — more than in any year on record.

Although these numbers may sound dire, traditional retailing isn’t dead yet. Rather, the nature of retailing has simply shifted.

Black Friday and Cyber Monday as a barometer of retailing trends

Successful retail companies rely increasingly on clicks, rather than the traditional brick-and-mortar structure that the industry has known for decades. This trend is evident in two big shopping events following Thanksgiving.

Black Friday has traditionally accounted for the highest one-day retail sales totals in any given year. In 2016, however, Cyber Monday generated more sales than Black Friday — reflecting a multi-year shift in how consumers purchase goods. Cyber Monday is, of course, reliant on e-commerce, rather than on customers heading to stores. However, the growth of Black Friday e-commerce sales is making it nearly impossible for retailers to ignore the shift in how consumers purchase goods.

Related: Investing 101: What are Bonds?

According to Adobe, this holiday season is off to a great start for retailers with an online presence. In 2017, US retailers posted e-commerce sales of $5.0 billion on Black Friday and $6.6 billion on Cyber Monday, reflecting year-over-year growth rates of 16.9% and 16.8%, respectively.2 In fact, this year’s Cyber Monday was the largest US online shopping day in history.

As consumers shift their buying behavior, retailers have modified operations to better utilize omnichannel (traditional and online) distribution. While this has resulted in store closings, it has also translated into significant investment in online technology platforms. What does this shift mean for investors?

For investors to be well-positioned for the changes occurring in retail, I believe they need to identify companies with business models that are best equipped for future success. These are retailers that have learned to successfully leverage technology — many of which are listed on the Nasdaq-100 Index.

Although many think of the Nasdaq-100 Index as a technology index, we believe it is better described as a group of innovative companies that implement technology to create competitive advantages. The Nasdaq-100’s three largest retail holdings — Amazon, Priceline and Netflix — have been enormously successful integrating technology to boost their bottom lines.

Related: Why We Expect Treasury Rates to Stay the Same

But not all retailers have had the same results. A comparison of companies within the Global Industry Classification Standard (GICS) Retailing Industry Group is revealing. As the chart below shows, Nasdaq-100 Index retailers have generated higher annualized three-year growth rates across sales, net income and number of employees than retailers listed on the S&P 500 Index.