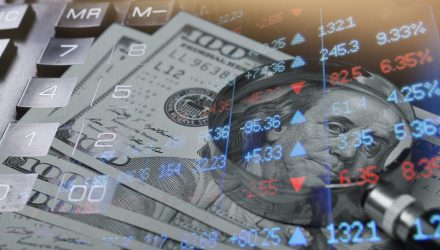 Investing 101: What are Bonds?

When governments and corporations need money to pay for projects, they raise capital by issuing bonds, which are debt securities that they must pay back to lenders in a specific time period at an agreed rate of interest.

Bonds are generally considered a more conservative asset class than stocks, which historically have been more volatile.

Government bonds are widely believed to be a safer bet than corporate bonds, but they also pay lower rates of interest to bond investors.

As with any investment, risk does accompany any bond purchase – even government debt. For example, Argentina defaulted twice on its debt obligations in the first few decades of this century and many times last century.

The Basics Of Investing In Bonds

A bond is simply an IOU that a borrower must pay back over time. The same way you might take out a mortgage to buy a home, a company may take out a loan to finance a new project. Or a government may issue bonds to finance infrastructure spending.

Bonds are known as fixed-income securities because borrowers pay a specific amount on a regular basis. Unlike stocks, which can rise or fall on any given day causing variable returns, bonds are more predictable so investors earn a predictable yield.

Generally, bond payments are made semi-annually, so you would receive $300 twice a year over the duration of the bond term.

At the time of bond issuance the payment frequency is specified and it could be monthly, quarterly, semi-annually or yearly. In all cases, the original investment is paid back at the end of the bond term.

Bonds have fixed maturities, meaning that they are issued for a fixed term.

Short-term bonds may only have maturities of a year while intermediate-term bonds have fixed terms that last from two to ten years.

Long-term bonds over 10 years and up to 30 years are common, but some governments have been known to issue bonds for terms as long as 100 years.

Government bonds are known as Treasurys and are backed by the full faith and credit of the U.S. government.

When you buy a government bond, you become a lender to the Federal government, so the likelihood that you will not get paid is low.

For this reason, Wall Street analysts who build financial models to value companies use the 3-month U.S. Treasury bill rate as a proxy for the risk-free rate used in valuation calculations.

States and municipalities issue debt also to finance spending on infrastructure, such as construction of bridges and roads, as well as to pay salaries of government employees, including teachers, firefighters, and police.

These bonds are considered to be the next safest tier of bond but they are not without risk. Mismanagement of state or city finances such as Illinois experienced with its pension crisis can increase risk of default.

Interest Rates are Tied to Risk of Default

The interest rate on a bond paid to investors reflects the likelihood of the borrower defaulting on its obligations to pay. The higher the creditworthiness, the lower the interest rate paid.

Governments pay lower interest rates than corporations because the risk of sovereign default is lower than corporate default.

There are exceptions to the rule. For example, Apple has so much cash that it historically paid a lower interest rate than some nations do – but equally it has more cash on hand than many nations do.