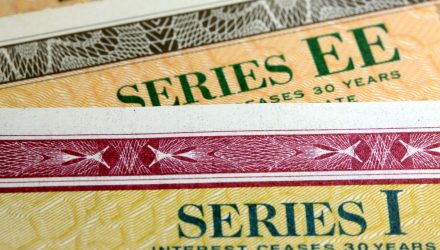 Where Will Treasuries Go From Here?

Ian Young October 7, 2019
Volatility once again exploded in the third quarter, sending investors running for safe havens like gold and Treasurys. After Treasurys became a steady performer in the third quarter of this year, investors are now wary that a top will be coming at some point.
“My view is that if you look at the PMI‘s in the leading indicators and all the macro around the world, it tells you that rates probably need to go lower. The question is how far ahead of the market did yield curves around the world get as a function of really the ECB. And -50 bips on the bund, I would make an argument that that pulls our rates down. People have a tough time believing, you know that the Fed is the tail, and the ECB is the dog, but I think Rich got ahead of themselves. The US economy is going to print one and a half to 2%. This is not a negative yielding environment,” said Tim Seymour, founder and chief investment officer of Seymour Asset Management on CNBC.
While there has been much talk about the yield curve in the news since it inverted this summer, other experts agree that negative rates still seem somewhat illogical.
“Well it makes no sense. And look at the impact. What no one is really talking about is how negative this is for the banking system. I mean look at what negative interest rates have done to Europe and the banking system in Europe. You know you’ve got serious issues with Deutsche Bank that everybody knows. Then Commerce Bank is over its head last last week. So what we’re not really talking about is the real negative impact that creates in the banking system. And I think society more broader in terms of everybody looking to save,” said Will Rhind, founder and CEO of GraniteShares.