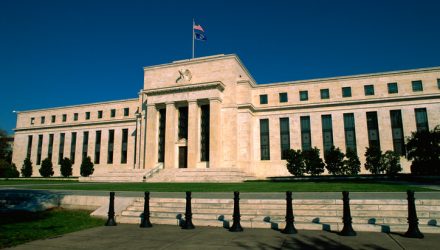 As expected by many, Federal Reserve Chairman Jerome Powell announced the Fed cut interest rates by 25 basis points today. This brings the federal funds rate to 1.75-2.00%. The news of his move is consistent with the Fed’s “midcycle adjustment” that began in July.

“Consistent with its statutory mandate, the Committee seeks to foster maximum employment and price stability. In light of the implications of global developments for the economic outlook as well as muted inflation pressures, the Committee decided to lower the target range for the federal funds rate to 1-3/4 to 2 percent,” the Fed reported.

This latest cut will affect people’s mortgages, credit card rates, car payments, etc., but the overall effect this relatively low cut on the economy will have is up in the air, especially with increased volatility as of late.

Still, while things have been slowing down, there’s good reason to believe the US economy has been in pretty good shape. The cut surely comes down to all of the efforts President Trump has put into disputing tariffs with China, let alone his dissatisfaction with central banks.

Trump took to Twitter at 2:25pm ET Wednesday to say Powell and the Federal Reserve had “No “guts,” no sense, no vision!”

Jay Powell and the Federal Reserve Fail Again. No “guts,” no sense, no vision! A terrible communicator!

With interest rates cut at this level, the impact, however, will seem beneficial for everyday people, however minor. Loans will become cheaper, and mortgage rates will lower. Those who save will perhaps see less money coming in, but overall growth will remain.

Given the many worldwide events taking place, such as a wobbling global economy, the Brexit situation, and the recent airstrike on Saudi Arabia, a cut only seems natural in the eyes of many. However, this decision could prove to be quite divisive among Fed officials, aggravating Trump in the process, who is not against cuts, but would prefer a much bigger one setting rates at or below zero.

Looking at this through Powell’s perspective, the chairman has tried to cast the rate cuts as an insurance move meant to protect the economy against effects of the trade war, along with slower growth in Europe, China, and other nations.

Still, it remains unclear how many more cuts Powell thinks the economy needs with U.S. unemployment at a half-century low, the economy growing at a healthy pace, and inflation showing signs of returning to the Fed’s target of 2%.

As for the future, the Fed reports, “In determining the timing and size of future adjustments to the target range for the federal funds rate, the Committee will assess realized and expected economic conditions relative to its maximum employment objective and its symmetric 2 percent inflation objective.”