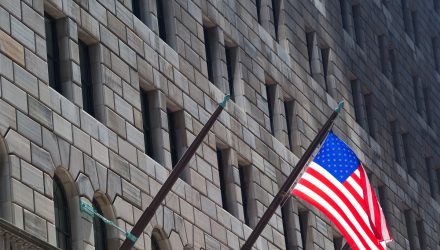 Fed: To Cut, Or Not To Cut U.S. Interest Rates

While there has been significant debate among Federal Reserve officials as to whether or not they will cut interest rates at its meeting today, there is generally consensus among economists that the Fed is going to cut rates by another quarter point at the end of its two day meeting on Wednesday.

“Since the Committee delivered its first 25bp (basis points) cut in July, the Fed leadership has continued to highlight uncertainty about the growth outlook and pledged to ‘act as appropriate’ to sustain the expansion, making another rate cut a near certainty,” Goldman Sachs economist Jan Hatzius said.

Some Fed officials feel the economy is strong and does not warrant a rate cut, others believe it makes sense to monitor the current situations, and some feel that now is the time to cut rates decisively.

Globally there is a strong trend toward zero and negative nominal rates on sovereign debt, which has been proliferating across the euro zone to Japan and beyond. The Fed has fought the trend even though many of its officials have indicated they anticipate that the next economic downturn will see a return to near-zero rates, which former Chairman Alan Greenspan has speculated as well.

“If the Fed only goes 25, that’s a risk-off event for equities. The Fed needs to think more holistically and look more where global rates are,” said Joe LaVorgna, Natixis chief economist , who advocates a 75 basis point cut that the Sept. 17-18 Federal Open Market Committee meeting, though he knows there is no chance of it happening.

In addition, many experts believe that the Fed ought to continue cutting rates for the foreseeable future, in order stem potential recession projections and preserve the stock market and economic growth.

“Beyond the September meeting, we continue to expect the Committee to deliver a third and final cut in October, concluding what [Chairman Jerome] Powell termed a ‘mid-cycle adjustment’ of 75bp of total easing,” Hatzius said.

Still, some economists are less certain, believing that this rate cut could be the last for some time, according to analysts who interpret the “dot plot”, or the chart the Federal Reserve uses to convey its outlook.

“We believe the median interest rate ‘dot’ projection will indicate no further easings are expected this year, and that policy rates are expected to be on hold next year as well,” he said.