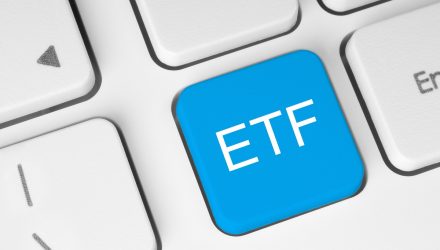 The latest report from Morningstar shows that mixed market volatility in September sent investors running into bonds for safety, and looking more towards passively managed funds.

The weakening economic data that has been released, along with Federal Reserve interest-rate cuts, have provided the adequate fuel for bond-fund returns in the form of falling bond yields. This easing has combined with broadening geopolitical uncertainty, has dissuaded investors from dining on riskier investments, and has concurrently fed demand for bond funds.

As a result, taxable-bond funds gathered $36 billion of new inflows in September, rallying from the anemic $16.3 billion worth of inflows seen in August. With September’s take, taxable-bond funds have averaged monthly net inflows of $31.7 billion in 2019. That’s an increase of $21.2 billion over the first nine months of 2018.

Municipal-bond funds continued their unbroken string of monthly inflows for 2019, attracting an additional $5.8 billion. So far in 2019, the tax-exempt category, which has been aided by investors in high-tax states looking
for additional yield due to the recent rate cuts, has recorded inflows of $76.6 billion. If that level holds through the end of the year, municipal bond funds will have set a calendar-year record for inflows, beating 2009’s $74.9 billion.

Within U.S. stock funds, the bulk of the inflows went to large-blend funds where again passive funds accounted for all of the inflows. Large-growth funds and large-value funds saw outflows as investors continue to move into broad-based, U.S. market-tracking index funds.

International stock funds lost favor in September, as they had their fourth consecutive month of outflows, bringing year-to-date outflows to $16.6 billion. Q3 marked the biggest percentage of outflows for these funds since the  fourth quarter 2011, when the European sovereign debt crisis peaked and the U.S.’ credit rating was downgraded.

The most popular funds were the BlackRock/iShares group, which led all fund families, with $17.8 billion in long-term inflows, followed by Vanguard, which had more than $14 billion in inflows. Of those inflows, iShares accounted for $16.8 billion.

Invesco, Franklin Templeton, and T. Rowe Price, however, saw another month of overall outflows, and the three firms rank in first, second, and third place for largest overall outflows among all U.S. fund companies.