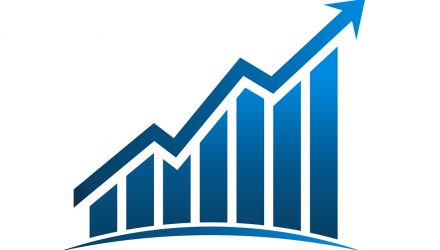 U.S. markets are surging higher on Tuesday on news that the Federal reserve intimated that it will step in if necessary to ease monetary policy and save the economy, as well as trade tensions softening amid comments by China and Mexico.

The Dow Jones Industrial Average climbed 458 points, or 1.9%, as of 1:30pm ET. The S&P 500 rebounded 1.8% and the Nasdaq Composite rallied 2.2%. Stocks that have been hit hard during the month-long sell-off led Tuesday’s comeback, including Apple and bank shares.

Powell stated that the central bank will “act as appropriate to sustain the expansion.” He remarked, however, that the Fed does is not clear “how or when” global trade issues will be resolved. “We are closely monitoring the implications of these developments for the U.S. economic outlook.”

The Fed chair’s comments come during a period of broadening expectations for a Fed rate cut. The CME FedWatch tool, a closely watched indicator for Fed action, indicated a 90% chance of a September rate cut. Anticipations for a second rate cut in December were also greater than 80%.

But with the recent volatility, a rapidly sinking stock market, and expectations they would come to the rescue in the face of an ensuing dual front trade war, perhaps the central bank felt it prudent to instill some confidence in investors and the market.