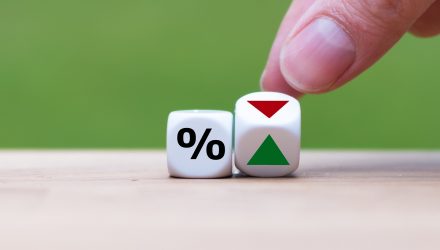 Could We See Zero Interest Rates?

August has been a tough month for U.S. stocks so far, after the capital markets hit new all-time highs in July, but then received a slew of concerning news and tweets.

Sentiment seemed to take a dramatic turn following the FOMC announcement that rates would be cut 25 basis points, yet this would only be part of a “midcycle adjustment to policy,” according to Fed Chairman Jerome Powell.

“Let me be clear: What I said was it’s not the beginning of a long series of rate cuts,” Powell said. “I didn’t say it’s just one or anything like that. When you think about rate-cutting cycles, they go on for a long time and the committee’s not seeing that. Not seeing us in that place. You would do that if you saw real economic weakness and you thought that the federal funds rate needed to be cut a lot. That’s not what we’re seeing.”

Then, in a series of tweets recently, President Donald Trump reversed the trade truce established with China recently and said that a 10% charge would be imposed on $300 billion worth of Chinese goods coming September 1. China quickly vowed retaliation against the U.S. for any new tariffs, and now there is doubt about a September meeting even happening.

As trade tensions are elevated and economic indicators are debilitated, Wall Street is starting to foresee more hawkish interest rate cuts for the Federal Reserve, with at least one forecast going so far as seeing a return to near-zero.

“Slower growth and rising risks will likely impel the Fed to cut rates further,” UBS economist Seth Carpenter said in a report for clients. “Although we saw little support from the [Federal Open Market] Committee for further cuts at the July meeting, trade developments should provide enough justification to cut in” September.

If the president continues to push for tariffs, likely hindering growth, economists see the Fed stepping to stem an impending recession.

“Trump’s announcement … that tariffs on the final tranche of Chinese imports would be implemented September 1 has changed the outlook,” Carpenter said “The new tariffs will slow growth. We anticipate the Fed eases policy further because of the slowdown and their fears of increased uncertainty.”

While Fed easing may stave off a potential recession, it typically crushes yields, sending investors on a hunt for better returns.