You are at:Home»Fixed Income Channel»Bond Investors Should Not Mourn the End of QE 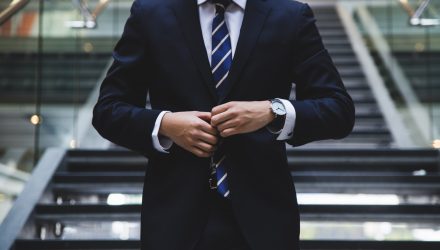 Bond Investors Should Not Mourn the End of QE

For nearly a decade, quantitative easing (QE) has been a significant driver of capital markets. Born in March 2009 as a response to the global financial crisis, QE loomed large in the minds of investors as the Federal Reserve vacuumed up U.S. Treasury bonds and mortgage-backed securities.

The Fed’s balance sheet ultimately swelled from about $1.0 trillion to $4.5 trillion. But as the saying goes, all good(?) things must come to an end. Federal Reserve Chair Janet Yellen made it official in September 2017 that the time had come to pay our final respects to QE.

Before jumping into the answers, or at least my best guess of the answers, it’s important to understand how QE will fade away. The key words to remember are gradually and passively. Gradually is pretty self-explanatory—a little bit at a time. We say passively because the Fed isn’t looking to sell securities from its balance sheet; instead, it just won’t replace a portion of the securities when they mature.

Will bond investors mourn the end of QE?

Now let’s get back to the question of bond yields and how they may react to QE’s end. Since the Fed isn’t selling securities, there won’t be a large influx of bonds into the fixed income market looking for a home. Instead, we should expect to see a more gradual uptick in fixed income supply as the buyer base loses a very large player.

To describe how the market may react to this change in supply and demand, I’ll throw out another key word: predictable. The Fed has taken a measured approach to removing accommodative monetary policy, in terms of both interest rate hikes and now QE.

The market’s forward-looking nature and the fact that the Fed has been clear about the plan to end QE suggest that current interest rates are reflective of the market’s collective view of a post-QE world. In other words, unless the Fed significantly deviates from its stated course, we should expect to follow the path of rates that is currently priced into the market.

How will this affect bond benchmarks?

As for what this means for the composition of fixed income benchmarks, the answer is more concrete. The Bloomberg Barclays indexes remove the U.S. Treasuries held by the Fed from the amount reflected in the index. Vanguard has taken this best practice of “float adjustment” a step further and, since 2010, has followed versions of the Bloomberg Barclays indexes that also adjust for mortgage-backed and U.S. agency securities held by the Fed.

Given this dynamic, QE’s unwinding will mean that for a given amount of Treasury or mortgage-backed issuance, a greater portion will now be represented in the benchmark. All things being equal, this will gradually raise the weight of these government securities and reduce the weight of nongovernment securities in multisector benchmarks such as the Bloomberg Barclays U.S. Aggregate Bond Index.