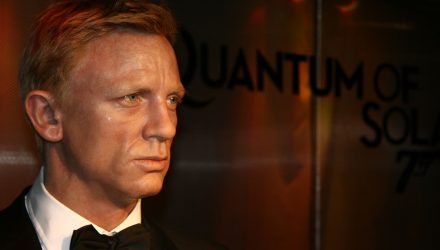 The Name is Bond, Long Bond

Stories about the death of the bond market have been circulating since 1992. Every one of them has been wrong.

At Mauldin’s latest conference, Gavekal’s Louis-Vincent Gave stated “The deflationary period we’ve been in has come to an end.”

He produced this chart. 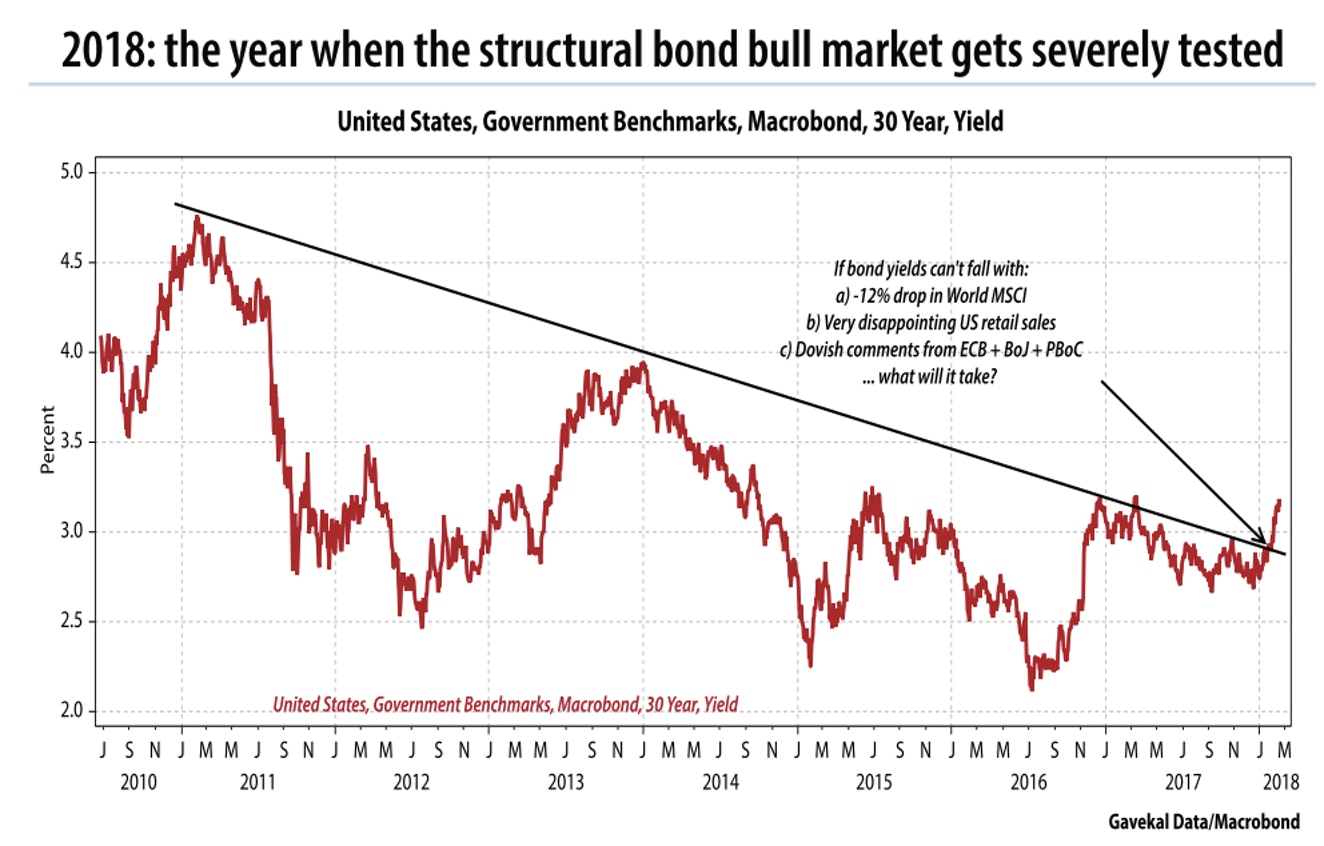 As told through the words of Steve Blumenthal … Louis-Vincent continued, “Or simply look at this (next) chart. I mean this is obviously the 30-year US Treasury bond yield, which is now, of course, broken out decisively from its downtrend, which makes sense if this deflationary environment that I’ve described is now coming to an end. And here, I just want to spend a quick second on this because I think this is very important. The markets today are giving us a very important signal.

There appears to be a shortage of crayons.

We have not seen a secular change yet. It’s very tempting now, just as it was in 2007, to jump the gun.

Lacy Hunt at Hoisington Management is one person who has not jumped the gun.

He also presented at Mauldin’s conference.

I do not have a copy of Hunt’s presentation as it is still embargoed. But I do have a copy of the Hoisington Management Quarterly Review and Outlook for Q1 2018 (not yet posted online).

Hunt discusses the Law of diminishing returns, technology and debt. Here are a few snips:

The law of diminishing returns is already evident in all major economies as well as on a global scale. Global GDP generated per dollar of total global public and private debt dropped from 36 cents in 2007 to just 31 cents in 2017.

Diminishing returns is even more apparent in the case of China’s public and private debt, largely internally owned. In terms of each dollar of debt, China generated 61 cents of GDP growth in 2007 and only 33 cents last year. In other words, in the past ten years the efficiency of China’s debt fell 45%.

The most advanced sign of diminishing returns is in Japan, the most heavily indebted major country, where a dollar of debt in the last year produced only 22 cents of GDP growth. This economic principle applies equally to businesses.

The percent change for productivity in the last five years (2017-2012) was equal to the lowest of all five-year spans since 1952. It was also less than half the average growth over that period.

Important to the long-term investor is the pernicious impact of exploding debt levels. This condition will slow economic growth, and the resulting poor economic conditions will lead to lower inflation and thereby lower long-term interest rates. This suggests that high quality yields may be difficult to obtain within the next decade. In the shorter run, in accordance with Friedman’s established theory, the current monetary deceleration, or restrictive monetary policy, will bring about lower long-term interest rates.

Some have started to fret the bond market is portending a recession. Not James McAlevey.