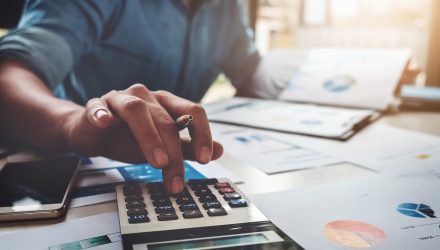 Another wave of buying in the U.S. government-bond market pushed the yield on the 30-year Treasury note to a record low on Wednesday, the most recent indication of heightening economic stress as investors respond to continuing trade tensions and evidence of slowing growth around the world.

The U.S. 30-year bond yield fell to a record low early Wednesday, hitting the 2.015% level for the first time ever, smashing through its prior record of 2.08%. Yields across Europe also dropped, and the German 10-year bond touched a new low of negative 0.65%.

The long end of the curve, or the 10-year and 30-year yields, are reflecting fears about the global economy, so therefore rates have been declining. But the shorter end, the 2-year has not been declining as quickly, since it reflects the Fed funds rate, which is still above 2%.

While elevated trade tensions with China, and generalized global uncertainty has been a factor for investors for some time now, JJ Kinahan, TD Ameritrade chief strategist, said clients of his firm have been selling stocks and buying bonds more hawkishly for the past two months.

“When you have a big decline in interest rates, Treasurys is the place to be. The question is what do you do going forward. Obviously, there’s reason why we’re seeing lower rates, and that is increased recession risks. That comes from trade tensions between the U.S. and China, mixed with some political risks. Hong Kong gets mixed in as well,” he said.

The question for most investors is where to allocate assets once stocks and Treasurys start under-performing.

The iShares National Muni Bond ETF (NYSEArca: MUB) is up nearly 6% year-to-date and some market observers believe municipal bonds can continue delivering upside in the second half of 2019, especially given that Treasury yields may start to flag.