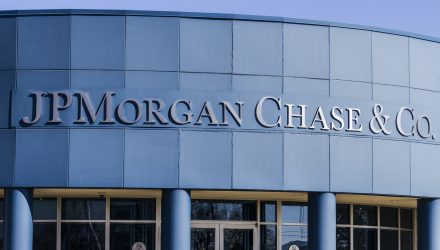 U.S. stocks pared gains into the close after a big move to start the abridged holiday week, powered by inspiration that the economy will recover faster than expected, amid comments from Jamie Dimon.

Financials are made big moves on Tuesday, propelling stock indexes to another day of gains, in what has become a battle between bulls and bears, with bulls winning since late March. The S&P 500 rallied 1.9% Tuesday, breaking above 3,000 for the first time since March 5, and the Dow Jones Industrial Average advanced 2.4%, climbing above 25,000 at one point for the first time since March.

“I think JPMorgan is a very valuable company at these prices,” Dimon said in answer to a query at a financial services conference about the New York-based bank’s valuation and potential reopening scenarios for the U.S. economy.

Dimon may have bolstered stocks given that he notably purchased $26 million in shares of JPMorgan in February 2016, a confidence-boosting choice that later proved to be near to the bottom of the stock market at the time.

“I’m not trying to predict the bottom,” Dimon said, adding that “you cannot be a bank and be immune to what goes on in the world out there.” JPMorgan has said that its earnings, compared with a record in 2019, would take a hit in 2020 as loan losses climbed amid the coronavirus pandemic.

Dimon explained he was optimistic that his “base case” for the economy would result, ameliorating unemployment and other metrics in the second half of the year, which have reached nearly 20% in the second quarter, edging toward Great Depression-era levels.

Dimon did note that the bank was ready for a more protected decline caused by the coronavirus, but was sanguine that reopening attempts around the country would prove fruitful. That sentiment was also echoed by investors Tuesday, which helped lift stocks above their 200-day moving average after the long weekend.

“You could see a fairly rapid recovery,” he said. “I think that’s got a good chance.”

Dimon praised the Fed, saying that the central bank’s historic actions to bolster financial markets were like “water that fills every crevice.”

″I do think that that liquidity lifts up, it’s almost impossible to measure, the stock market and all asset prices,” he said.