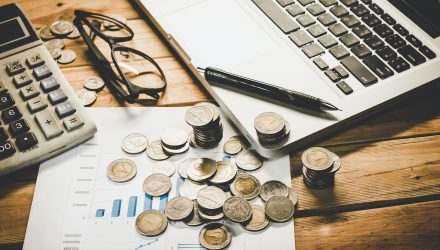 Financials are making big moves on Tuesday, helping to drive stock indexes to another day of gains, in what has become a battle between bulls and bears, with bulls winning since late March. The S&P 500 rallied 1.9% Tuesday, breaking above 3,000 for the first time since March 5, and the Dow Jones Industrial Average advanced 2.4%, climbing above 25,000 at one point for the first time since March.

A number of financial areas are helping the sector to see sizable gains Tuesday. In credit services, Visa and MasterCard are both advancing on the ongoing coronavirus pandemic, as consumers throughout the world struggle to make ends meet but also look forward to a possible boost in income related to optimism over the reopening of world economies.

Contactless payments have burgeoned by 200 basis points over the last 30 days, according to US payments giant Mastercard.

“Covid-19 has added another dimension to contactless payments,” Vikas Saraogi, VP, Head of Acceptance, Mastercard, South Asia, told Indianexpress.com over a phone call. “It has emerged as the healthiest way of making payments because all that you need to do is to just tap your card and below Rs 2000 transactions, you don’t even require a pin.”

“I think JPMorgan is a very valuable company at these prices,” Dimon said in response to a question at a financial services conference about the New York-based bank’s valuation and possible scenarios for the U.S. economy.

All this movement has aided financial sector ETFs as well. The Financial Select Sector SPDR Fund (XLF) rocketed 5.79% amid moves in the financials, as the Vanguard Financials ETF (VFH) rallied 5.75%, and the Fidelity MSCI Financials Index ETF (FNCL) climbed a similar 5.8%.