You are at:Home»Investing»Fed Cuts Rate By 25 Basis Points, Will Monitor Economic Conditions 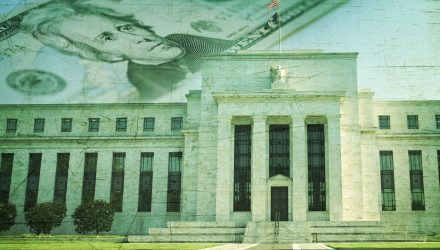 The Federal Reserve cut rates by 25 points to a range of 1.5% to 1.75% on Wednesday, as part of what Fed Chairman Jerome Powell has characterized this year as a “midcycle adjustment” in a maturing economic expansion.

The cut was heavily anticipated by markets and accurately predicted by the October FedWatch Tool, which currently showed the probability for a rate cut on October 30 at 95.1%.

The FOMC statement seemed generally positive and noted that, “Information received since the Federal Open Market Committee met in September indicates that the labor market remains strong and that economic activity has been rising at a moderate rate.”

Such language is supportive of the rate cut, while at the same time cautioning against possible further rate cuts in the future. Overall the statement was very straightforward, leaving Powell to expand further, and investors and analysts to interpret the statement for themselves.

“We just touched 2% core inflation to pick one measure. Just touched it for a few months and then we’ve fallen back,” Powell said from Washington. “So I think we would need to see a really significant move up in inflation that’s persistent before we would consider raising rates to address inflation concerns.”

Markets are mixed to positive, with an initial drop on the announcement, followed by a marginal rebound and run-up on the Powell conference, as investors continue to await and process Powell’s complete comments.

The rate cut arrives the same day that the government reported GDP growth of 1.9%, a deceleration that was nevertheless above Wall Street estimates for 1.6%. Job gains, meanwhile, have languished in recent months but are well above the 109,000 or so that the Atlanta Fed estimates are required to maintain the unemployment rate at the 50-year low of 3.5%.

“Strong signaling from Fed leadership indicates that the modest trade war de-escalation since September has not deterred them from completing a 75bp, 1990s-style ‘mid-cycle adjustment,’” Goldman economist Spencer Hill wrote in a note to clients.
For more market trends, visit ETF Trends.