You are at:Home»ETF Strategist Channel»Everybody – Take a Deep Breath After Market Correction

Everybody – Take a Deep Breath After Market Correction

This week’s drawdown is a spectacular example of markets doing what markets do – they occasionally have corrections. Market drawdowns are neither uncommon nor infrequent. When economic indicators are healthy, which they are, and the economy shows no sign of unusual disruptions (e.g., Brexit), then a correction should be viewed as a window of opportunity.  In other words, now is the time to look for bargains.

To understand this week’s disruption, we need to recognize that extreme volatility occurred at critical points, such as basic moving averages and common stop-loss points. A drawdown of the type we just experienced is commonly known as a technical sell-off. 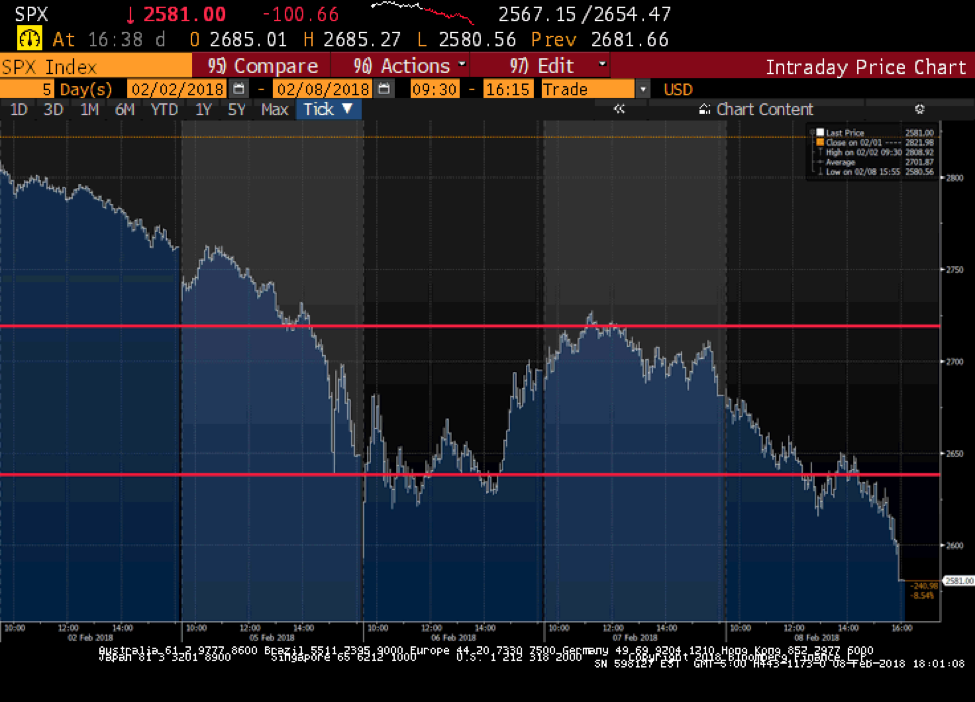 It is evident that algorithms had a hand in today’s volume, but the data does not suggest that high-speed systems were the sole cause of the drawdown.

Let me reiterate; market drawdowns are neither uncommon nor infrequent.  Monday’s correction was substantial, but size is not the tell-tale sign of a correction.  Size is, however, an indication of volatility, or perceived volatility.

Aside from the two infamous drawdowns that occurred during recessions (2002 and 2009), we have had 129 maximum peak drawdowns greater than -1% since 1988.  See the image below: 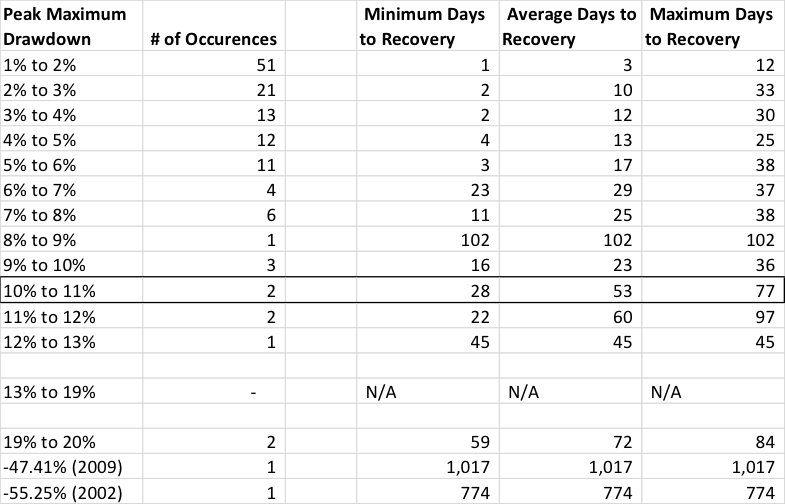 “This too will pass,” as the saying goes.  All metrics point to this event as being a window of opportunity to buy, even if it takes a few days for the markets to fully recover.