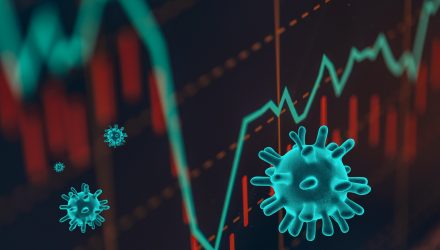 Stocks continued to slump overnight and into Friday trading, amid investor concerns over what the meeting between the U.S. and China, and the ensuing press conference from President Trump.

The president announced Thursday afternoon that he would hold the news conference, causing stocks to vomit into the close, ending the session near lows, after rallying earlier in the day. That news followed a China ratified a national security bill for Hong Kong that pundits say could damage the city’s “one party, two systems” principle, which permits additional freedoms that mainland China residents are missing.

“Traders had expected the President to attack China about the virus as part of his upcoming campaign. But trade sanctions could and maybe would wound the economy just as the recovery is beginning to take hold,” said Art Cashin, director of NYSE floor operations for UBS. “No time has been set for the conference but it may be the key to trading and certainly will be center stage. Any breaking of early-week lows could technically be a danger.”

Despite some recent positive economic data and continuing reopening optimism, there are some analysts and experts who are still wary of this dramatic run-up in stocks, which has continued largely unabated since the March lows.

“I’m afraid to go all in on this reopen trade since it’s already had a pretty big run, but there’s still some catch-ups,” Jim Cramer said on “Squawk on the Street.”

Cramer feels that the shift into technology and travel stocks amid the excitement over the economy reopening may have already transpired, and investors looking to jump in this late may be in for a rude awakening.

“The opening trade is sapping the money out of tech. I don’t know how much longer it can last … I look at this market and I think how long, with the Dow up 4%, can we actually say ‘hey, the reopening trade is just starting,’” Cramer said.

Other analysts also see the stock market as being too lofty right now.

“The market has discounted the coronavirus very quickly and has correctly predicted the apex of the virus,” said Mike Katz, partner at Seven Points Capital. “Having said all that, prices are up there. The S&P 500 trading above 3,000 is pricing in a full recovery.”

“If there is a second wave of the virus that ends up being more detrimental than people think, then I would think the S&P 500 is not valued correctly,” said Katz.