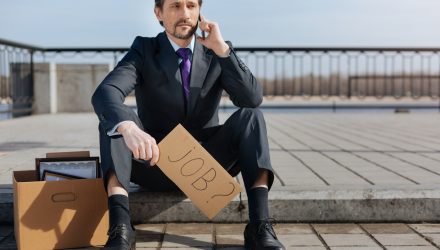 Equities were initially hammered on the new jobs data that came out Thursday, but have since bounced back some with the help from crude oil, which rallied as much as 35% off its lows near $20 on news that Saudis and Russia will mitigate pressure on oil, terminating a price war that has contributed to crude’s incredible crash.

After a monster jobless number last week of more than 3.3 million, the headline jobless claims number for the week ended March 28 of 6.6 million doubled the prior week record. American workers continue to be plagued by the coronavirus and are stampeding for unemployment benefits as the spread of the coronavirus compels state governments to close most businesses and keep residents under stay-at-home orders.

Claims for state unemployment benefits were the heaviest in Hawaii, Pennsylvania, Rhode Island, Washington state and Massachusetts with claims of 73, 62, 50, 47 and 47 per 1,000 workers, respectively. The data is for jobless filings through the end of last week.

Those were the states that saw the most explosive builds in claims when regulating the differences in the size of each state’s labor force.

Nevada, New Jersey, California and Vermont also saw some of the most intense increases in unemployment filings, according to the unadjusted Labor Department data.

“States continued to identify increases related to the services industries broadly, again led by accommodation and food services. However, state comments indicated a wider impact across industries,” the Labor Department added. “Many states continued to cite the health care and social assistance, and manufacturing industries, while an increasing number of states identified the retail and wholesale trade and construction industries.”

Stocks were initially upset by the data, with investors and traders selling off the S&P 500 by more than 70 points on the news. The other indices followed suit. But after an explosion in oil prices, markets rallied back up into the middle of Wednesday’s range.