You are at:Home»ETF Strategist Channel»The Yield Curve Inversion May Be Different This Time 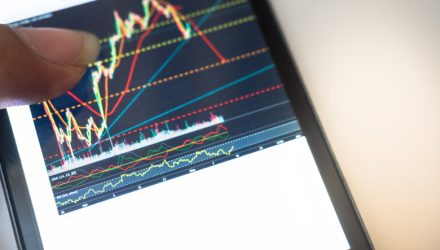 The Yield Curve Inversion May Be Different This Time

For the last three months, the treasury yield curve has been inverted. The curve is usually upward sloping to account for both the term-premium and additional interest rate/inflation risk that an investor takes on when they buy longer dated issuances. This anomaly is of particular interest because an inversion in the yield-curve has historically been a highly sensitive recession indicator. Of the last seven recessions (defined as consecutive quarters of real GDP decline), six have been preceded by inversions on the 10-Year and 3-Month (see Figure 1 below). In the only exception, yields on the 10-year note were just 14 basis points higher than the 3-month bill. 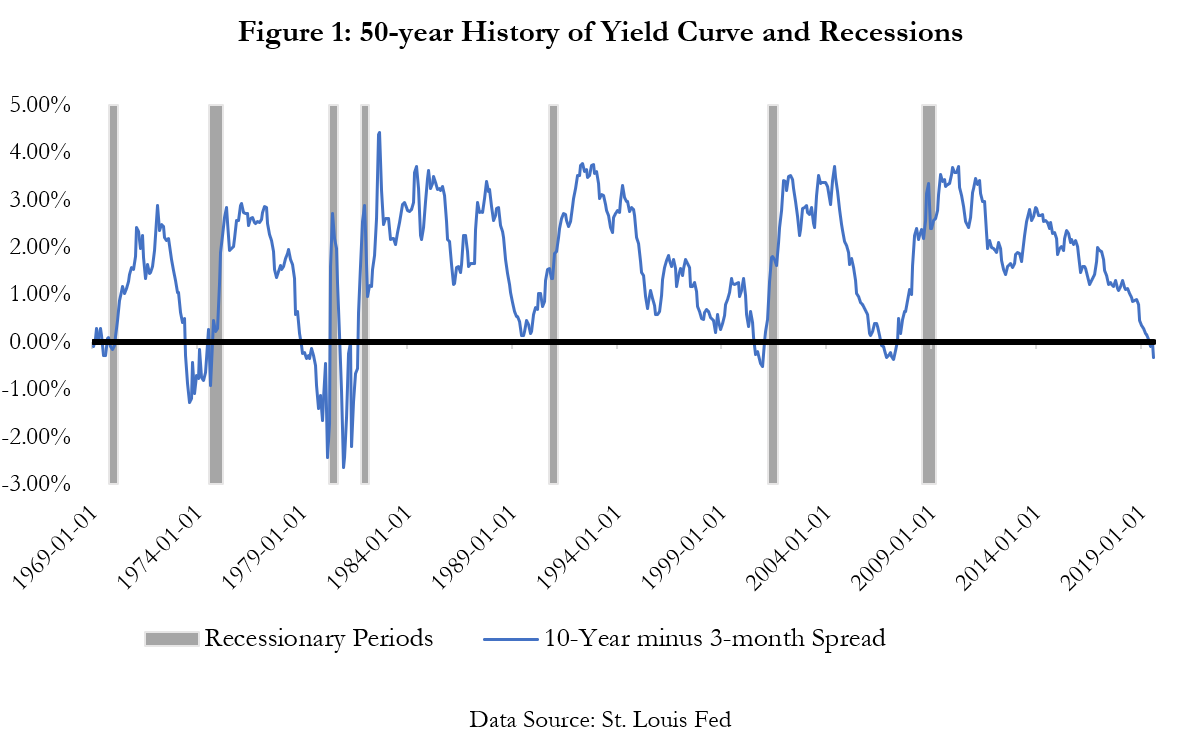 While investors are understandably concerned about what this inversion could mean for the future of the economy, there is evidence to suggest that this instance could prove to be an exception. Short-term interest rates are manipulated by the Fed through its open market operations, however longer-term interest rates are primarily driven by supply and demand on the secondary market. We currently see both sides being pressured by short-term factors rather than reflecting a fundamental outlook on the economy. Figure 2 below shows how the shape of the curve has evolved over time. 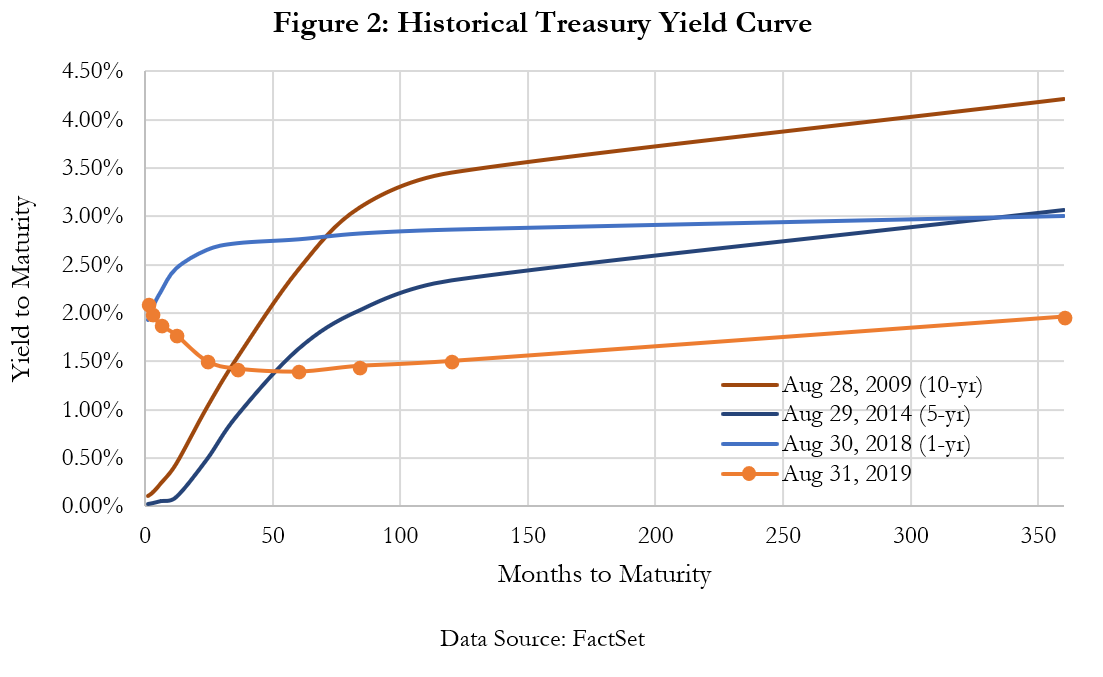 On the long-end of the curve and against the backdrop of global recession fears, many investors are looking for ways to protect their portfolio. A sloppy Brexit, slowing manufacturing activity, and protectionist trade policies have all weighed negatively on investor sentiment, which sat at just 1.3/10 at the end of August according to Bank of America’s “Bull & Bear Indicator”. As a result, investors in developed countries with the most tenuous economic situations have fled risky assets for government debt, pushing interest rates across the globe below zero (see Figure 3).  Large pension funds in these countries, who must match assets to their long-term liabilities, may choose to invest in dollar-denominated debt instead of their negatively yielding counterparts if currency hedges are cheap enough. Such actions flood the domestic treasury market with foreign investment, pushing prices higher and yields lower. As such, we believe that the recent drops in long-term rates can be attributed to these temporary technical factors. 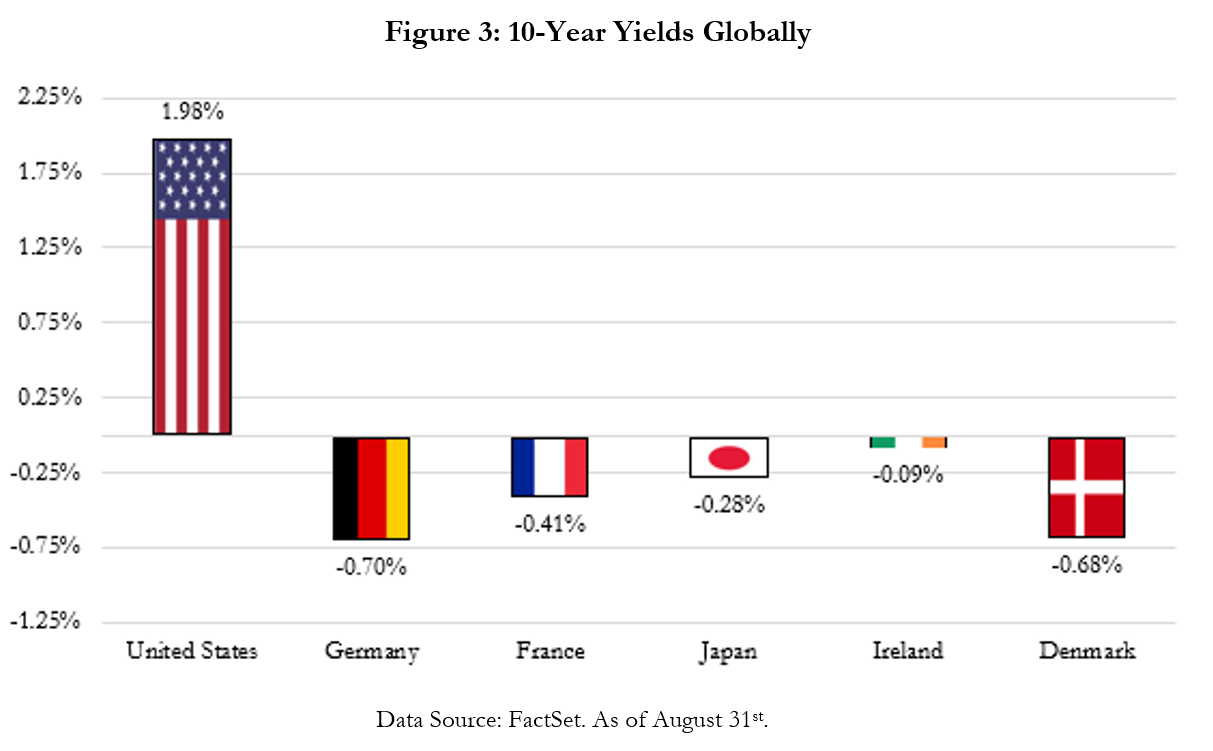 Meanwhile, the Federal Reserve may be behind the curve in cutting interest rates. Facing the ongoing trade dispute with China and its uncertain impacts on the economy, the Fed has been slow to adjust interest rates this summer, though it did cut rates by 25 bps in July. In contrast to the Draghi-led ECB (who is largely expected to provide further stimulus for the eurozone in coming weeks), the Powell-led Federal Reserve has been reluctant to drastically decrease rates, which remain high compared to other developed economies. Monetary policies are intimately tied to short-term rates as evidenced by the over 99% correlation between the effective fed funds rate and 3-month treasury bill yield since 1969 (see Figure 2 below). 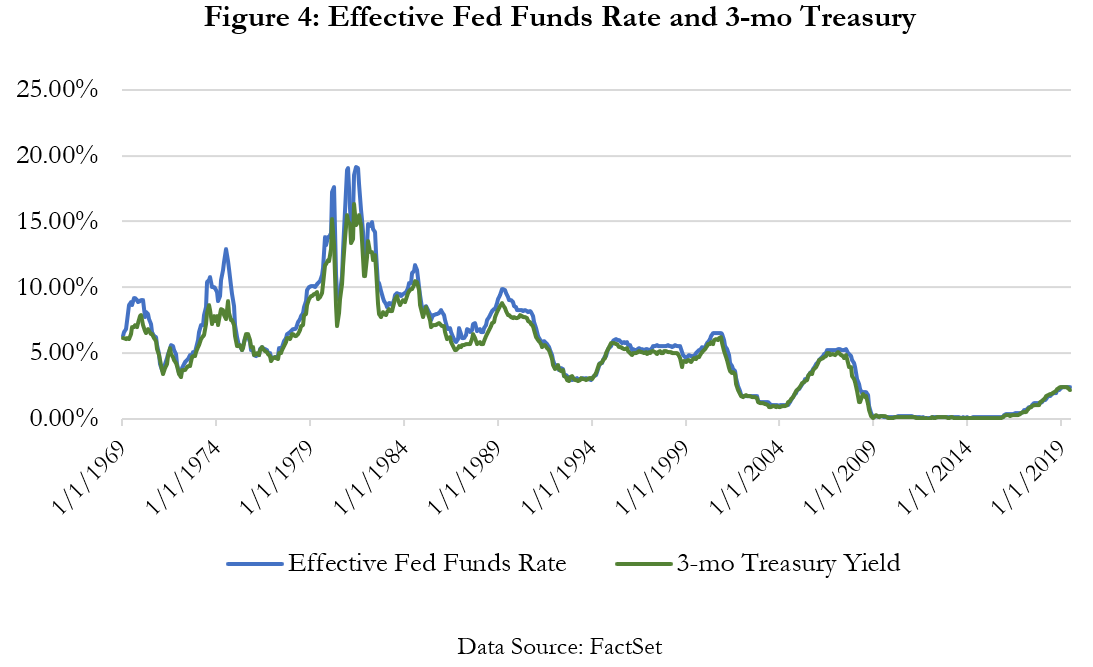 With the Fed Funds rate sitting at just 2.0%, some Fed members think that further rate cuts are unneeded at this time. They believe that prematurely cutting rates unfairly harms savers, creates the potential for high inflation and asset bubbles, and leaves the Fed with fewer tools to intervene in the case of prolonged market downturns. While this criticism is valid, we believe that the Fed has plenty of room to cut interest rates aggressively given that inflation is well below the Fed’s 2% target. There is no doubt that aggressively cutting rates would push down the short-end of the curve and likely eliminate the inversion. If the Fed were to cut 50 basis points in this already low interest rate environment at the next FOMC meeting, it would be relatively more impactful than the same-sized cut in a higher rate environment. Further, it would position the United States to be more competitive with the rest of the world and would likely spur investment by encouraging borrowing. Taken in aggregate, the short-term demands for higher-yielding safe assets and the Fed’s unwillingness to lower interest rates aggressively explains why the inversion we see today may be different than those over the past five decades

The information in this presentation is for the purpose of information exchange. This is not a solicitation or offer to buy or sell any security. You must do your own due diligence and consult a professional investment advisor before making any investment decisions. The risk of loss in investments can be substantial. You should therefore carefully consider whether such trading is suitable for you in light of your financial condition.

The use of a proprietary technique, model or algorithm does not guarantee any specific or profitable results. Past performance is not indicative of future returns. The performance data presented are gross returns, unless otherwise noted.

All information posted is believed to come from reliable sources. We do not warrant the accuracy or completeness of information made available and therefore will not be liable for any losses incurred. No representation or warranty is made to the reasonableness of the assumptions made or that all assumptions used to construct the performance provided have been stated or fully considered.