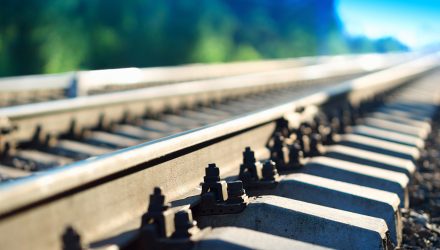 The real issue is which timeframe is the correct one? Are we in a new era after the 2007-8 financial crisis where the relationship between stocks and bonds has  changed permanently?  Is it an era where (real) interest rates will have to stay much lower than in previous decades because of the fragility of a debt-laden global economy?

Or maybe we are heading back to the relative valuation range that prevailed for decades before 2007-8?

Let’s look at an even longer time frame; in this case going back to 1982. The chart below shows the spread between the S&P 500 Index earnings yield in nominal terms (not real) unlike the previous examples where I used TIPS yields to represent real Treasury yields. TIPS (Treasury Inflation-Protected Securities) were first issued in 1997, so we do not have access to a good ex-ante (forward-looking) measure of 10 yr real Treasury yields before then.

Again, the longer perspective shows that we are at the higher end, meaning more attractive, relative valuation range in equities versus bonds. Equities are not as attractive relative to bonds as they were during the 2011-13 period but they are still yielding much more than 10 yr Treasuries, which incidentally was rarely case from the early 1980’s to about 2002. So, during most of the 80’s and 90’s, Treasury yields were higher than the S&P 500 earnings yield by about 2 to 4%, while now the earnings yield is almost 2% higher than the Treasury yield.

It is difficult to say which perspective we should take here: is the post-crisis experience the one that should dominate our thinking or will we go back to the relative valuations of previous decades?

My own view is that with central banks normalizing monetary policy, interest rates will continue to increase. Some of the rate increase will be because of higher inflation which will mitigate the rise in real interest rates. Ultimately, it is real rates that should impact the valuation of stocks since corporations can raise prices to compensate for inflation.

Real rates are still at extremely low levels, as shown in the chart below featuring the real yield on 10 yr TIPS. In the late 90’s, TIPS yields were around 4%; we are now at 0.78%. As long as real rates stay low, equities are likely to enjoy relatively high P/E ratios since the bond alternative yields so little.