US stocks jumped last week on the news that the US-China phase-one trade deal is completed. The S&P 500 gained 1% so far in December. Another source of uncertainty, the UK general elections, was resolved with the Tories gaining a majority of 80 in the House of Commons, the largest majority since 1987. This made Brexit all but certain by January 31st. Non-US stocks outperformed, gaining 2.7% this month.

US and Global Markets, 10 Years 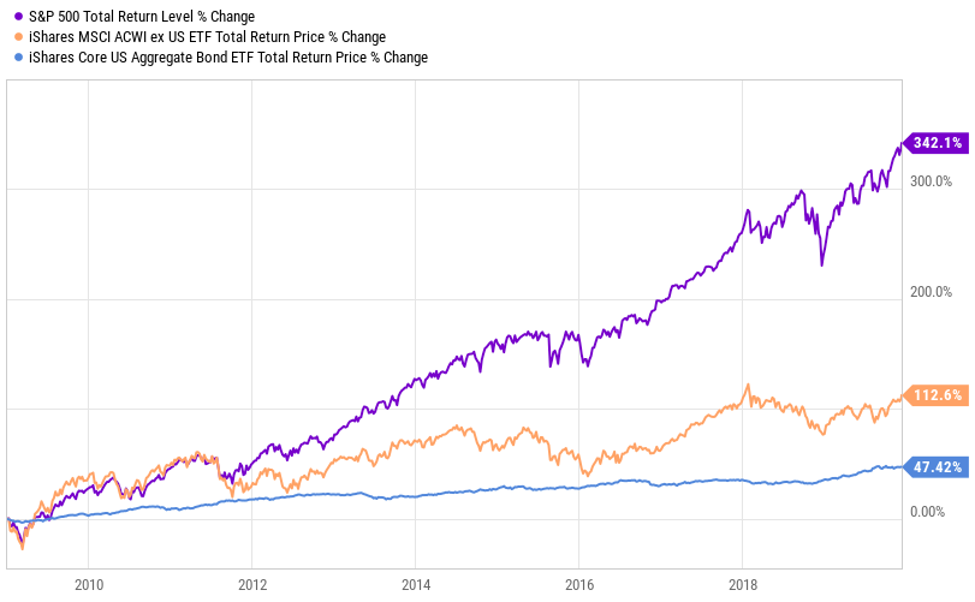 In this year-end report, I’d like to provide a broader perspective. This is the end not only of 2019 but of the 2010’s as we move into the next decade. What should we expect from markets in the 20’s? My thoughts are below.

It was the “roaring 10’s.” Financial markets enjoyed a decade of strong gains, led by US stocks. The S&P 500 delivered a remarkable cumulative total return of 342% over the decade, while non-US stocks gained only a third of that, 112% (see chart above). US aggregate bonds delivered a 47% total return. 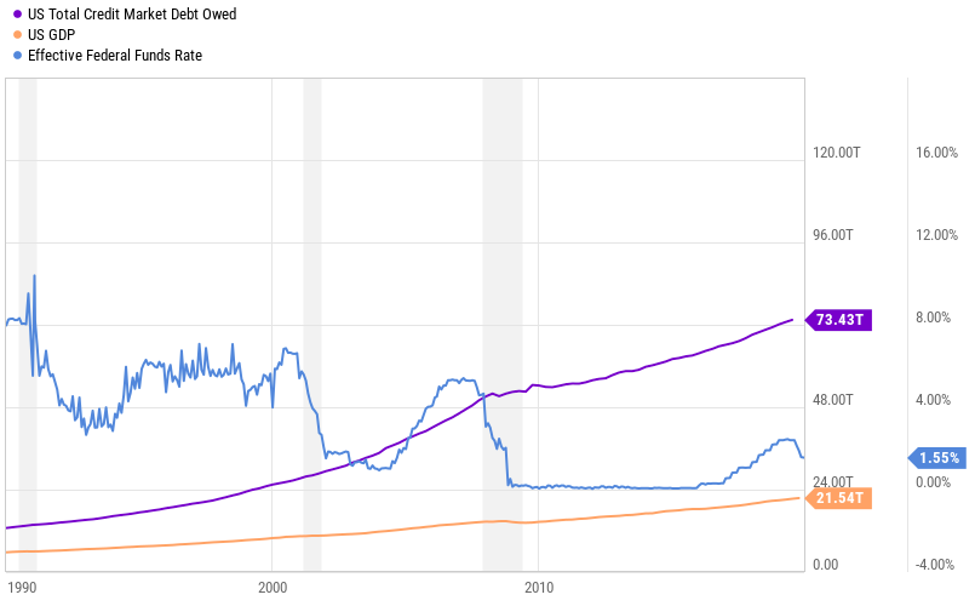 Market gains were fueled largely by borrowing. Aggressive quantitative easing by central banks provided cash that found its way into assets including bonds, stocks, and real estate. While the Fed began to raise rates in 2016-18 (before its recent U-turn), central banks in Europe and Japan kept it going. Total US debt continued to grow, now at 73.4 trillion, or 345% of GDP. Some of the debt was raised by corporations for share buy-backs.

Globalization has been a major trend in developed industrialized democracies – the U.S., developed Europe, and Japan – in recent decades. This increased profits at the expense of labor costs. While globalization helped grow and concentrate wealth, it hasn’t worked so well for the working and middle classes whose living standards stagnated. In response to this, populist movements have gained strength in recent years.

We are witnessing a paradigm shift. Populist and anti-globalist leaders were elected in the U.S., Japan, the U.K., and several other major countries, and are gaining ground in others. After Brexit was delayed for over three years In the U.K., this month’s landslide win by the Conservatives is another example of the trend.

Understanding this paradigm shift helps us to envision what the 2020’s might look like. As many institutions do, we expect generally lower average returns with higher volatility than in the past decade. We also see several developing trends that might, in some periods, trigger significant market downside:

U.S. GDP continued to grow at a decent rate of 2.1% in the third quarter of 2019, fueled by consumer spending. However, manufacturing continued to weaken in recent months. The purchasing manager’s index fell to 48 in the past three months – its lowest level since Jan-2016, and 2009 before that. The Fed’s Industrial Production Index has turned down as well, confirming this weakening trend in manufacturing. 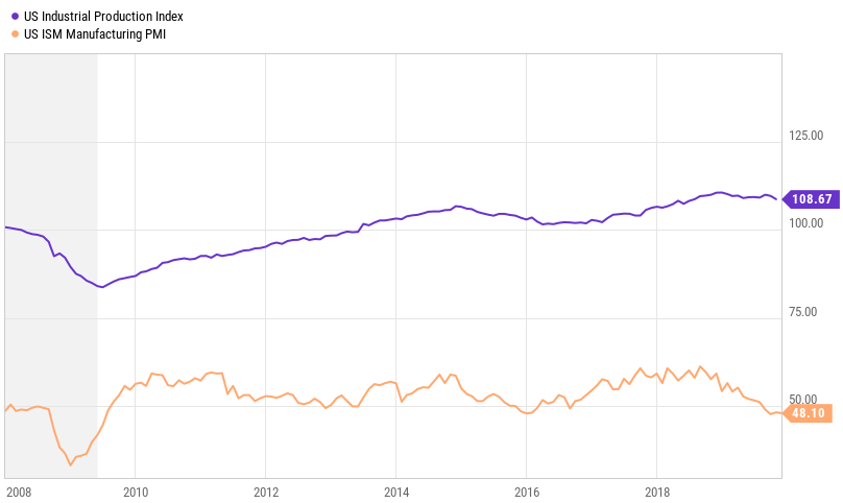 Things look much bleaker in Europe. The Eurozone’s GDP slowed to 1.2% annualized in Q3, and Europe’s largest economies – the U.K. and Germany – teeter on the brink of contraction. The Eurozone Manufacturing PMI plunged to 46, a level not seen since the European financial crisis of 2011-12: