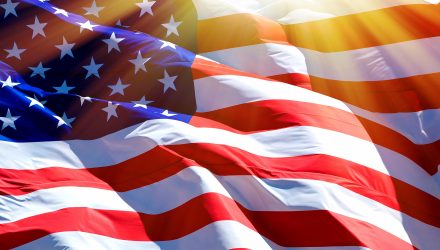 The third reading for second quarter GDP growth reaffirmed what everyone already knew – the US economy is on a tear.

Growth in the second quarter was 4.2%, up from 2.2% in Q1, and estimates are for it to remain north of 4% going into Q4. Unemployment remains historically low, inflation is tame, the housing market remains robust and the fiscal stimulus released by the tax reform act in 2017 is still feeding its way into the economy.

The August employment report showed an increase of 201k nonfarm jobs, up from 147k the month before, and an unemployment rate of 3.9%. Importantly, average hourly earnings rose +0.4% for the month and are now up +2.9% YoY. The Labor Force Participation Rate fell to 62.7% from 62.9% while the Underemployment Rate came in at 7.4%. Weekly Initial Jobless Claims averaged 205,000 in September.

The Producer Price Index for August fell -0.1%, as did Core PPI; although the top line number is up +2.8% YoY while core PPI is up +2.3% YoY. Consumer prices rose +0.2% in August while core CPI was up just +0.1%. Year over year, CPI is up +2.7% while ex-food and energy prices rose +2.3%. The Fed’s preferred measure of inflation the PCE Core was unchanged in August and is up a scant +2.0% YoY. Broad price inflation is yet to be problematic for the economy.

Despite the steady rise in short-term interest rates, mortgage rates remain attractive and have helped to buoy the housing market. According to the S&P CoreLogic CS 20-City index, home prices rose +0.09% in July and are up +5.92% YoY. Housing Starts for August rose a better than expected +9.2% while New Home Sales edged up +3.5%, beating expectations. Existing Home Sales were flat in August while Building Permits dropped -5.7% from July.

The Federal Reserve raised the Fed Funds rate to a range of 2.0% to 2.25% at its September meeting and indicated another 25 basis point move was likely before year-end. An additional 75 to 100 bps worth of moves in likely in 2019, bringing the Funds rate to approximately 3.5%. This should be sufficient to slow down domestic growth while ensuring the Fed has enough room to lower rates should the US encounter a recession in late 2019 or 2020.

U.S. equities closed the third quarter near record highs, with the S&P 500 having its best quarterly performance in nearly five years. The benchmark U.S. Large-Cap Index rose +0.57% on the month, and a stealthy +7.71% during the quarter to bring its year to date return to +10.56%. Not bad for all of the scary geopolitical headlines crossing the newswire daily. Growth stocks, as measured by the S&P 500/Citi Growth Index rose +0.73% on the month, and +9.28% on the quarter.

For the year, Large-Cap Growth as a factor has returned +17.24%. Value stocks, as measured by the S&P 500/Citi Value Index, rose +0.38% on the month, and trailed the broader index during the quarter, returning +5.86%. For the year, Value stocks remain well behind Growth stocks, and the broader market, up a paltry +3.51%.