You are at:Home»ETF Strategist Channel»US Economic Performance Falters In Q3 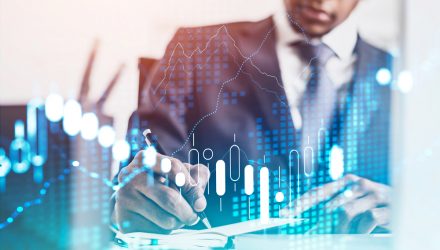 US Economic Performance Falters In Q3

US economic performance falters in Q3

I’ve focused on rising US inflation in my recent commentaries, why it’s a serious problem, even though the Fed has ignored it. Today, I highlight the latest economic numbers that show mixed performance in Q3 after a surge earlier in the year that was fueled by monetary stimulus. Inflation remains near its highest in 30 years, and consumer confidence unexpectedly plunged in the past two months.

Inflation remained largely unchanged in August after its recent surge. Total CPI inflation (the orange line on the chart above) dipped slightly to 5.3%, and core inflation to 4%. But producer price inflation (the blue line) surged above 8%.

The “low-base effect” is long gone, and if it mattered then inflation would have backed down – but it didn’t. Despite this, the Fed officials maintained their “transitory” rhetoric well into Q3. As I detailed in my recent commentaries, inflation is not transitory and will likely re-accelerate beginning this month and into the end of the year, due to another “base effect” last year. Also, the rise in commodity prices that initially accelerated inflation, shows no signs of moderating – natural gas, for example, skyrocketed ahead of the heating season:

Consumer confidence – a leading indicator of future spending – dropped in Q3. The University of Michigan’s sentiment measure dropped to its lowest since 2011 in August and rebounded only slightly in September (the blue line on the chart below). Declines in confidence were widespread across demographics and across all regions. Moreover, the declines covered all aspects of the economy, from personal finances to prospects for the economy, including inflation and unemployment. Consumers believe the economy’s performance will be diminished over the next several months, due partly to dashed hopes that the pandemic would soon end. The Conference Board’s confidence measure, which doesn’t ask about inflation, dropped sharply, but remains around its historical average.

Finally, consumer spending itself, which fuels 70% of our economy, stalled in recent months after surging in Q1 as people cashed the federal stimulus checks. The trend flattened immediately as the stimulus reached a steady state in April. In the latest figures, retail sales fell by 1.8% in July and grew by 0.7% in August. Also keep in mind that spending is measured in nominal terms, including rising prices. With inflation around 5% annually, spending must increase that much just to keep real consumption steady.