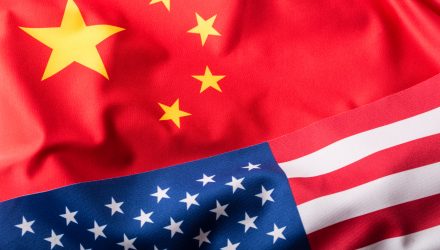 Tensions have risen between the U.S. and China as both nations have proposed implementing tariffs as they jockey for position in ongoing trade negotiations. The tariffs originated in a U.S. effort to stem the nearly $500 billion trade deficit in goods with China. In fact, President Trump announced his desire to cut that deficit by $100 billion, a tall order given the interdependency of the two economies. The U.S. initially announced $3 billion worth of tariffs on Chinese imports, to which the Chinese appropriately responded with $3 billion of tariffs on U.S. made goods.

According to BlackRock: “Recent U.S. negotiating tactics have followed a consistent pattern: headline announcements spooking markets, followed by compromises and narrow implementation. Most major U.S. trading partners are now exempt from what were initially global steel and aluminum tariffs. U.S. President Donald Trump’s tariffs on Chinese goods triggered another bout of market volatility. Yet the order contained no immediate action and left the door open for talks.”1

Related: Are US and China Heading Toward a Full-Blown Trade War?

Tensions escalated further on Tuesday (4/3/18) as the Trump administration published a list of about 1,300 Chinese exports that could be targeted for a 25% tariff. These new tariffs would amount to about $50 billion worth of Chinese goods. China responded in-kind, announcing their own 25% tariff on about $50 billion of additional U.S. products including soybeans, cars, and chemicals. The Chinese response was quick, coming less than 24 hours after the U.S. announcement. China is positioning themselves as responding to U.S. aggression rather than taking a lead in punishing the U.S. In a statement, the Chinese embassy in the United States said, “As the Chinese saying goes, it is only polite to reciprocate,” adding that China intends to pursue the matter with the World Trade Organization and enact “corresponding measures of equal scale and strength against U.S. products.”

The trade showdown between Washington and Beijing has rattled investors and fueled market fears that the dispute could soon spiral into a full-blown trade war. As of right now, a full-blown trade war is not our expectation. In fact, the tariffs won’t go into effect immediately, allowing time for negotiations. The administration will hold a public hearing for U.S. businesses on May 15th. Even after that, it’s not clear when the tariffs would be applied.

All the bluster back and forth has added an element of uncertainty and caused additional volatility, with equity markets selling off after each U.S. announcement and countermove by China. However, the volatility has so far been contained in the equity markets and has not spilled over into a broader risk-off trade. For example, 10-year Treasury yields have only declined by 18 bps since peaking on February 21st. In addition, high yield credit spreads have only increased by 46 bps since January 26th.