You are at:Home»ETF Strategist Channel»Are US and China Heading Toward a Full-Blown Trade War? 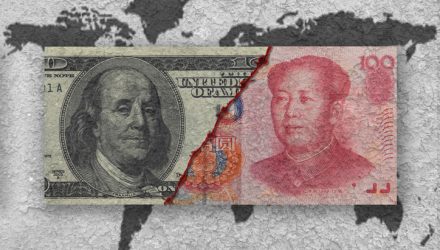 Are US and China Heading Toward a Full-Blown Trade War?

The fear of a global trade war hung over wall street after President Trump’s announcement that he would impose a tariff of 25% on an estimated $60 billion Chinese imports. The S&P 500 Index plunged over 4.5% in two days and entered negative territory for 2018.

The initial reaction from the Chinese ambassador, Cui Tiankai, to the US was strong. He announced on Chinese state TV: “If somebody imposes a trade war on China, we’ll fight to the end.” However, China’s retaliation has been very limited. Last Friday, China imposed additional tariffs on just $3 billion US goods ranging from fresh fruit, nuts, wine and pork to recycled aluminum and steel pipes.

Many investors are concerned this round of confrontation on trades may escalate to a trade war between the two largest economies, and will derail global economic growth. In our view, a full-blown trade war is unlikely for the following reasons.

The interconnectedness of the global economy will make a trade war expensive for both parties. Despite the heating rhetoric, we believe both parties will be more restrained. Our base case projection is: the US will get some concessions, but will not get all it demands.  The Trump administration wants to reduce the trade deficit by $100 billion, which is only 25% of the total deficits and China definitely has room for making some type of trade concessions.  Trump indicated the proposed tariff last week was the just beginning of a series of trade policies the US will announce.  It is likely that the trade tensions will continue and with the uncertainty investors should expect more stock market volatility.